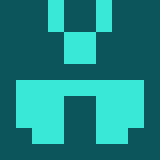 HTML Not yet rated
Text adventure games by Freak

Review for Curse of monkey island (mini version)
Misspellings abound, objects do not disappear when they should, puzzles are arbitrary, and there is little interaction. At least it's short.
(1)
Review for The locked Thief
Right off the bat, the opening text mentioned "mr. Tomas , ". "Mr." should have been capitalized and there shouldn't have been a space between "Tomas" and the comma. Then there ware "wardrope"s in the first two rooms.

The game did not improve from then on; actions gave little response, and would be repeatable even when they logically shouldn't be; puzzles made little sense. Why is there a key in the dog's stomach?

In short, there's nothing positive about this game.

(1)
Review for The Mansion
The Mansion features correct grammar and is mostly bug free. (Repeat old actions and there can be multiple copies of objects. Trigger the shutters, drop something, then untrigger them, and the thing disappears.)

Had I played it in the 80s, I probably would have found it a good game, but the lock-and-key / unmimetic style has aged poorly.
(3)
Review for The Legend of Cyrn
The Legend of Cyrn is big. Unfortunately, it is big at the expense of depth.
The game starts out in a series of rooms differing only in their exits, with a series of fetch quests. After finishing the prologue, the game opens up a bit, but it's still fairly shallow.

And it's buggy. Examining the olive tree doesn't work, but that's a Quest bug. There's the common newbie mistake of "Actions are repeatable when they logically shouldn't be." several times. It has a few times where it has a real time delay before proceeding. The Inn simply wasn't tested. (Keys don't set the variable correctly, but that doesn't matter because the door doesn't check the variable, dropping a key will suppress the innkeeper's comments, and trying to rent the Grand room causes the innkeeper to vanish.)

It's a tossup between 2 and 3 stars.
(2)
Review for clash
The first thing I noticed was that the blurb misspelled medieval, and the spelling doesn't improve. Dynamic objects are listed in room descriptions after they have been moved. I'd consider those to be newbie mistakes, but this is the author's ninth game, and he should have learned by now.
(1)
Review for mystery cell
It continues the bizarre trend of having movement examine the wall, and it doesn't work. (Reading the source indicates that "use key" was supposed to open the door, but that doesn't work.)
(1)
Review for Doomed!
The nicest thing I can say about this game is mercifully brief.

Game text, even when correct, is bland and is rarely more than a line. Puzzles are arbitrary. There's death without warning.
(1)