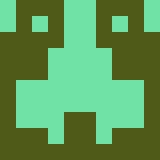 Last Crusade of a Demon Knight

Quest Not yet rated
Text adventure games by Frostedge

Review for Sphinx
I’m always up for a good riddle, so I’m rather curious about this game ‘o yours.

The game started at three stars, the self-referential nature of the Sphinx really had me going, then the ridiculous LOTR nonsense combined with the frankly unfunny attempts at humour dropped it a star.
The faking “Plays” would have dropped it to a final zero, a shame I cannot go lower than one star, so that’s exactly what you’ll get from me.
(1)
Review for Life's short
[Sips tea dramatically, takes deep breath.]

To be fair, if the only thing you’ve got going for your game book is Trial and Error, you’re not making a game book. You’re making a timewaster for both you and us.
Choices are nonsensical and utterly random, there is no foreshadowing or warning as to what’ll kill me, and when it’ll kill me. The bits that are supposed to be funny simply aren’t, and I daresay that’s not because of my sense of humour or lack thereof.

I maybe laughed once or twice, if only at the sheer ridiculousness of anyone having the guts to post something like this and dare call it Comedy. Some of the deaths themselves are utter nonsense. Then, the repetitiveness sets in and my mind starts to drift off as I choose “shirt” for the umpteenth time, trying to figure out what twisted form of logic the Author applied to this amalgamation of ridiculousness.

You may have noticed by now that I think that this isn’t a good game book. Even if this were meant to be a rage game, it’d be failing. I feel no rage after this, only apathy and lifelessness. I honestly cannot comprehend how anyone could give 5 stars for this.
(1)
Review for Master Riddler
The story itself was rather dull, and the incoherence between tone and writing style really took me out of the game. The insane man's... insanity is displayed in a manner that is simply immature, and it hinges too strong on the misconceptions that have been provided to us by the media and entertainment industry over the years.
All riddles were unoriginal, and have been taken from other sources. I literally knew them from memory. If you want people to really get their minds bent, make up your own riddles.
(3)
Review for "Fate Of Fire" Episode 1: Courage Without Honor DEMO
I, myself, am a big fan of A Song of Ice and Fire, so I’m curious as to how it’ll work out.

Overall, very well written, but the minor errors break the immersion enough for it to be jarring. If you improve on the points I've mentioned, I'm certain this'll get some pretty neat scores.
(4)
Review for A Brave Little Knight
In general, not very good. Made me laugh a few times, but there was nothing "AWESOME AND AMAZING" about it. Better luck next time, I guess.
(2)
Review for cool shooter
This game is, without a doubt, the most glorious, unimaginably epic, and flawlessly immaculate piece of trash I've found here thus far.
I mean, really? All you did was upload the template from Quest and call it a day? At least put some effort into it.
(1)
Review for Thee Assassin
Well, this kind of gamebook is my thing, so I’ll give you my two cents.

I would rate it two stars, if only for the effort put into it. The ending, though, dropped the score a whole star, not because it ended bad, but because it was poorly ended.
(1)
Review for The Wishing Stone
I'm going to be a bit harsh, this would have received at least four stars if my choices had actually done anything other than rub it in my face that I apparently made the wrong choice according to the author.
The moral choice concept only works if both choices can be equally considered and carry both consequences and respective rewards. Instead, all we are presented with is ONE way to do everything, and that is the way the author strongarms us into following. Deviating from the chosen path only slightly is grounds to be confronted with a very silly and abrupt ending telling us that we chose poorly, and should choose EXACTLY how the author tells us.

Which raises the question: What's the point of giving us a moral choice in the first place if we technically don't get a say in what we choose? The author forces the choice on us, which more or less beats the purpose of choice as a whole. If this were more worked out, it would've been four stars. But as it is now, I can't give more than two for it.
(2)