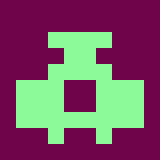 Quest Not yet rated
Weekend At Ruby's

Quest Not yet rated
Text adventure games by Liam315

Review for Blood room
No story, poor implementation, some parts are just plain nonsensical (needing to "open the shelf" springs to mind), obviously thrown together in all of about 5 minutes. Winning the game hinges on the ungrammatical command "move right desk" which reveals an air vent. Online version does not work as it should due to the use of timer scripts. If you insist on playing, download the desktop version.
(1)
Review for Worship the Pig
I must have missed something vital that the other reviewers managed to find, because this game did nothing to engage me whatsoever. Surrealism is a hard thing to make work, and although I suspect the prose is aiming for mysterious and intriguing, it is far too purple and often borders on the incomprehensible.

2/10.
(2)
Review for Pest
Pest is, overall, quite a decent Quest game, with many things going for it. It is not without its flaws, some of which more extensive beta testing may have overcome, and others which come down to design decisions. I would venture however that an approaching competition deadline was a factor in this and a 2.0 release would probably be welcomed.

What I liked most about the game was the way in which your other senses really do play a part in interacting with the environment. As a rat, your eyesight is not the best and piecing together clues from your other senses to solve puzzles was enjoyable. The use of first person perspective in the writing was also extremely effective at capturing the isolation and confusion of the protagonist, as was the switching between the real and dreamed storylines.

I also disagree with Wade's review that "...the rat's constant ruminations on his fate while [the teaching] is going on are mostly at odds with the move to build suspense." I found the rat's internal monologue in the dream sequences well spaced and engaging, which is exactly what you want to be happening while also slipping in a tutorial about what commands are important in the game and how they work. Pressing the key for every line of dialogue works well in the places it happens as it builds suspense by making you actually read and anticipate what is going to happen, rather than shoving a text dump at you to skim over.

What I do agree with however, is the assertion about the modelling of the physical environment in certain areas. There are some occasions where a room is described from what I would call a human perspective, in that all objects are assumed to be easily reachable when in reality, a rat would have a lot of trouble seeing or reaching the objects described. The scenarios are about the rat's spacial relationship to these objects, so it can be jarring to "feel" an object but then not be able to "take" it because you can get past something between you and the object. I also got confused trying to climb up a lot of objects, as it was a verb that was implemented inconsistently.

In it's current state, there are a few bugs that while they don't stop you from being able to win, they make you question whether something has gone wrong and that's why you can't complete a puzzle- something which is very counter-productive for a player. I myself resorted a couple of times to look for hints by searching the code of the game and seeing what actions would trigger an event, because the bugs that I had encountered made me sure I had done something wrong.

I would have liked to have seen better verb implementation, like many Quest games there is an over-reliance on the "use object1 on object2" command, although there were many places in this game where it actually was appropriate. There were also a few descriptions and scenery objects that could have been bolstered up a bit, but even when the writing was brief, the content was quite satisfactory.

Overall I'd give the game a 6/10, I enjoyed playing it and appreciated its well mixed portions of puzzles and plot, but it definitely has potential to be improved upon with an updated release.

That's not to say I didn't enjoy the game while playing it - I did, and continued to enjoy it through to the end - but there were a few time when one too many bugs became a point of distraction.
(3)
Review for Sir Loin 3: The Quest for the Holy Quail
The puzzles in this game are quite enjoyable and interesting, plus there are usually multiple objectives you could be seeking at any one moment if one of them becomes frustrating. The two stars I've awarded reflect this alone because unfortunately the game has little else going for it.

Basically, I don't understand how this is in the top 10 games. It's rushed, amateurish, and deeply flawed to a degree that becomes unbearable when you consider that a couple of beta testers, or even just the author revising everything before releasing, would have caught the majority of the biggest bugs.
(2)