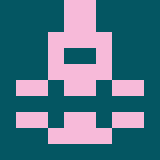 Review for The Facility: Chapter One.
While I don't think it was too short, I do think it did not make sense. I'll elaborate once I can use an actual computer and not a phone.
(2)
Review for Finding a way to get the chairs
Not bad for a first game, although you lost a star for the numerous spelling errors, and your obvious aversion to description.

It's not that I think that there wasn't enough description in this game, it's more that you, in the game itself, say things like "blahblahblah and so on and so forth." when providing a description that was actually not long-winded, lasting only a paragraph. And a short paragraph at that.

Description is how the players of your game know what you are talking about. With no description, how do I know whether I am in a jelly doughnut, in outer space, or falling to my doom?
(3)
Review for Is This Reality or Fantasy?
I liked it, and because I can find no flaws, you got five stars. There is not much else to say. I got all of the endings.
(5)
Review for Escapadium
I have to agree with William. There is no way to play the game. I understand it is your first, but why would you not even try? Very bad game, unless there is another part to this that I am not getting.
(1)
Review for The Quest to Make the Ultimate Game
Loved it! To find out just how much I loved it, click on my name, and look at all reviews I've written. Not one of them was 5 stars. Not one, except for this one. Keep up the good work.
(5)
Review for Forest
So, I finished it. Here comes the review. It was better than some on this site, but it is obvious that this wasn't something that you didn't work on for very long. I found one thing that confused me, and that was by going north, north, then east you end up back where you started. I mentioned another bug in my comment earlier, so I will not bring it up again. There are only two real puzzles, the one with the boulder and the one with the keys. The keys one can be solved by trial and error, but it was nice that you put up a sign telling you what to do... in morse code. However, this is kind of countered because you put up a sign translation. I understand this is your first game, so for that I added an extra star. Good luck with next time.
(4)
Review for Avantus: The Island, Part I
I'll give you an extra star because this is your first game, but like Sora574, I will tell you on the forums why the game isn't as good as it could be. By the way, although I am Zeke here, on the forums I am Theguy4.
(3)
Review for State of Emergency, Part 1
I liked it. This is the only 2-part gamebook I have ever played that asks you to remember what you chose last, and use that when part 2 comes out. Are you working on part 2 right now? Because I don't know if I can remember what choice I made for that long. The story was great, but you lost a star for the lack of interactivity. The only choice that mattered was the last one. Every other choice either eventually led to the same thing, or killed me right then and there. I eagerly await part 2.
(4)
Review for Labyrinth
I am sorry to say that I didn't really enjoy this game. It didn't have much meat on it, if you know what I'm saying. Also, I was faced with the choice of either going left or going right, and I chose left. It killed me. I do not think it is a good idea to have something that is total guesswork make the game unwinnable. It got to the point where I seriously had to save before I made any choice so that I could play the game again when I died. (And believe me, I died a LOT).
(2)
Review for Tragedy
It was pretty good. The point at which you slipped into I was a bit weird, as was the fact that there were two police officers at my front door, but according to the story there was only one. It was extremely sad, but I suppose that's no reason to hate a game. Nice work!
(4)
Review for A DAMN good game
Okay, so I looked at the title expecting it to be... well... a damn good game. Then I saw Paul's rating and review and thought that it would be a game by an arrogant guy who thought his game was top-notch when really it was terrible. Then I actually played the game and was pleasantly surprised. Obviously Paul was just taking it too seriously. Play the game and you'll see what I mean. The creator isn't arrogant, he just has a sarcastic sense of humor. Is it the best game on this site? No, not by a long shot. However, while this guy made a game supposed to be bad and succeeded, other people on this site make games that are supposed to be good and fail. 3/5, because although I gave it a mostly positive review, it's still not very good. I'm sure that Georgi Mitkov could do much better. For your next game, how about making a real one? I look forward to playing it.
(3)
Review for Filbert and the Broccoli Escape
While I liked it, I like to play text adventure games by typing rather than using hyperlinks, which makes the game pretty much impossible. I mean seriously, the verb used to SPOILER: make the broccoli disappear is "cast spell on." Seriously, I don't think that there is any possible way that somebody could guess that. NO MORE SPOILER: Also, I seriously don't think that I could possibly get as far as I did if I hadn't read the book beforehand. However, I realize that it is more about the story than about the actual game, and the story was great. So, all in all, 3/5.
(3)
Review for Identified Flying Objects Part 1
But... It's always the second option that's correct!
(2)
Review for Fun Tiemz
I AM SCARRED FOR LIFE!
(3)
Review for Time Trip
The story was amazing. In fact, everything was amazing. The only reason I gave it 4 stars instead of 5 is because the only verb is "use."
(4)