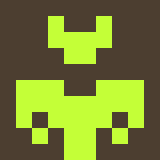 Nethertheless, "Black Forest" is a beautfully-written text adventure that is worth playing. The environments are fun to explore and you can't help but grin when you find out new places to go. It's enjoyable and I would say it is one of the better Quest games in this archive. The highlights are the nicely-carved worlds you can enter and the whole 'playability' side to it. At first I was a little unamused, but "Black Forest" grew on me as I finally got used to the set-up and really began playing it.
(3)
Review for Wanderer
Although the game is long and immersive there are a few errors which make giving it a higher score hard and the main objective of the game is uncertain. Because a lot of the terrain is boring and uninteresting, the player does not really find the logic in exploring and has no motivation to crack any of the so-called puzzles. Still, the game isn't that bad, just needs fine tuning and perhaps to be a bit more original and unique...something eye-catching it needs...
(3)
Review for The Legend of Cyrn
It's easy to give a game a big rating if you're impressed by the overall "largeness" of it. Luckily this isn't the case, although "The Legend Of Cyrn" IS big. Instead, one can review this game with full assurement that it is worth playing and is very satisfying for the player.

Sure, it has it's bugs, but this game is reeking of good gameplay. It relies on your own ingenueity to some extent, which gives it a rather classical feel. It's kind of like a 'hyped-up' version of "Magic Sword" with a much easier maze. The idea of choosing from half a dozen or more different races is very exciting, while timely for the creator. No doubt fantasy lovers will beam with delight with some of the game's notable highlights - the use of weapons & spells, varied landscape and endless items.

On the flipside, there are annoying things in the game. An overview of the game would improve it greatly.
(4)
Review for MagicSword Part 1: Legacy of Earth
Yes, I cannot get out of the Hallucination Forest either. Why is that so? Is that deliberate? Still, it's a good game. I wouldn't want to play it all over again tho`!
(4)
Review for Silent Rage (Demo)
This is one of the most involving games in the archive. The sound and graphics are effective and the plot engaging. Quite good indeed!
(4)
Review for The Adventures of Koww the Magician
I agree, this is definetly the best comedy game I've ever played on Quest!
(5)
Review for Fade to White
Woah! now this is a huge game! "Fade To White" is a very long and often difficult game. It is also quite challenging and ingeniously written; written much like a novel. Don't worry, it does have a *hint* feature which can be handy at times when you don't know what to do. "Fade To White" is one of those IF games that is as both complex as it is entertaining. It is the best IF game I have ever played on the Quest system! Congratulations on Blaine Sim who has created an amazing game!
(5)