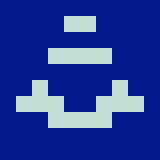 Inkle Not yet rated
Zombie Fighter

Inkle Not yet rated
Militia

Inkle Not yet rated
REACTIONS

Inkle Not yet rated
Text adventure games by EnderDoesMC

Review for My reaction to the peoplez
*insert criticism here* lawl
(1)
Review for Igby goes to an IT -job
A great game that had [Content Noscoped]! Igby is a cool game due to the graphics (and also I like the fact that you made it a bit funny not just a boring simulation game) add some more stuff!
(4)
Review for Victorian Detective
Great story line and great game I love the deductive reasoning plus dynamic action feature. one of the greatest games I have played in the world. Haha
(3)
Review for unknown world adventure
Welp. I have to say very simple game. NOTHING ELSE!
(2)
Review for Aisle
Stuck on the A I S L E by Sam Barlow Screen.
(1)
Review for minecraft adventure
just as good as another minecraft one i've played. It is just like in real minecraft but I wish it had been more in-depth if you know what i mean.
(5)
Review for The Lunastone
Its a good game, some glitches, can't complete the first part, but good when I figured the game out!
(4)
Review for Wake
If you are in a rush but want to play a very good text adventure that is really short, well, "this is not--wait! it is the game that youre looking for." It was very enjoyable, so GOOD LUCK!
(4)
Review for Cobblestone
This is amazing. my first puzzle read though it was quite easy for me. I wonder why it isn't so bad as i thought
(5)
Review for Autumn's Daughter
Its a really amazing game, but i really wanna see moar to the story! It seemed kinda short and non-descriptive!!
(1)
Review for The Abyss
Love it! Had a couple issues, where the game would restart itself and i would end up in the same place i had been before, but overall good!
(5)
Review for Violet
The game was ok. I had to try like 12 or more times, but i was surprised when i got to "inform", and many other verbs, that would work, and so, i tried so many things that i was there for ages. it fantastic tho i figured how do itt
(5)
Review for It's election time in Pakistan: Go rich boy, go!
That game was really good. I especially appreciated it, as THEY DON'T GET BOMBED and your rich so nice work!
(4)
Review for On Pointe
Not the best game ive ever played, but its still a good try. Well, I don't like the main character's real personality if you know what i mean she can find things to do besides dance thats not the worst of her problems though.
(4)