Although, the first game I published is "The Legend of the Secret of the Smelly, Stinky Fish." ...That's confusing...

This is very combat heavy. Comedical. Fantasy settings and themes.

There are 300+ rooms, I think! Rough estimate!
Rated T/PG-13 for fantasy violence, use of alcohol, general rude and dumb humor.

Pokémon
The é (Alt 0233) is supposed to be pronounced "ayy" in Spanish, but the official pronunciation is "Polkamon".
Anyways, it's a Pokemon-based game. Your starters are Totodile, Chikorita, and Cyndiquil.
Pokemon is an RPG game.
This game uses English.
とにかく、それはポケモンベースのゲームです。あなたの最初のポケモンは、チコリータ、ヒノアラシ、ワニノコアラシです。
ポケモンはRPGゲームです。このゲームは英語です。お願いします。
The name is short for "Pocket Monsters." The Japanese developers thought the name wouldn't catch on in the West, so they renamed it "Pokémon." Don't ask me why, I think Pocket Monsters is better.

It's a mashup of both the Johto and Sinnoh games. ...and Hoenn... and the anime.

You'll need a textadventures account to save.
Also, it's better if you either play the game slow, or download it. It's a bit slow.

Credit for combat system goes to The Pixie. Thanks for the tutorial. https://github.com/ThePix/quest/wiki/The-Zombie-Apocalypse-(on-the-web-version)
Thanks also to Pertex's Combat Code, and HegemonKhan. Thanks to Hegemonkhan for the % function and the show menu. Also, credit to The Pixie for helping me figure out a "handling"/"sorting" system for the "pokemon" moves. Thanks.

(Also, very many thanks to K.V. for helping me when The Pixie was too depressed from many personal things. Many thanks.)

Credit for some of the art, I got them off of Google images. Usually Nintendo and Game Freak draw their own artwork, but sometimes it's commissioned... okay.
The character pictures are mixed media. Unfortunately I'm lazy/not good at drawing. https://jjj444555.deviantart.com/
@Credit to picture goes to my fanfiction profile. Dragonbuttero'PKMN, jnsucker12
Deviantart http://jnsucker12.deviantart.com/gallery/
Fanfiction.net https://www.fanfiction.net/u/3274359/

This game is just a demo. I'm testing out code for now. 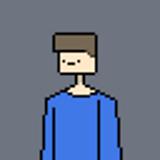 The Way of Min 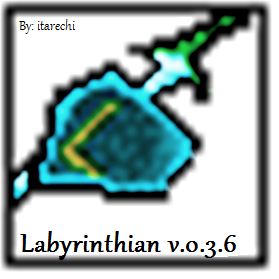