Choice of Robots by Kevin Gold

The robots you design will change the world! Will you show them the true meaning of love, or conquer Alaska with your robot army?

"Choice of Robots" is an epic 300,000-word interactive sci-fi novel by Kevin Gold, where your choices control the story. It's entirely text-basedwithout graphics or sound effectsand fueled by the vast, unstoppable power of your imagination.

Play out thirty years of your life as a brilliant robot maker, from graduate school near the present day to a future in which your robots have changed everything. Depending on your choices, your robots may be independent or obedient, clumsy or graceful, empathic or cold ... and you yourself may live to an old age happily married or alone with only robots to comfort you.

Play as male or female, gay or straight, with nine characters to romance, four alternate climax chapters, and over seventy achievements to unlock.

 Build a unique robot character--you choose everything from its shape to what it calls you  Instigate or prevent a robotic uprising  Teach your robots to love humanity, or disdain it  Build an artificial intelligence suitable to take control of the world's governments  Start a war against the United States, and win  Marry a human or an advanced robot, and start a family
Play online
Or get the app for your smartphone or tablet

Information in this game listing is copyright Dan Fabulich, is taken from IFDB, and is licensed under a Creative Commons Attribution 3.0 United States License.
Review by Zesc

I played the Steam version of this little gem.

As most Choice of Games, there is really nothing to complain about UI and accessibility. Everything is intuitive, and the game gives you recaps of former chapters, important for a game of this length.

Also typical for Choice of Games, the game is extremly linear at the beginning, but branching out rapidly towards the end. As stated above, there are only 4 major endings though. (5, if you count dieing.) Yet there is enough diversity to make it worthwhile to achieve the same ending multiple times.

The story is neatly written, and the author manages to capture every emotion as good as possible in a game that spans a whole human live. The humour is mostly subtle (almost snarky, at times) but i'm the last one to complain about that.

Most of the story is hard sci-fi / borderline speculative fiction. However, the technical details only play a (very) minor role, and everything is explained when necessary.

At the end a minor nitpick: there is a certain scene in which it is terribly ambigous whether a certain character dies or not, but it is not explicitly resolved. Context makes it obvious what happened, but it is very confusing at first.
(5)
Review by Io

Jaw-dropping. Absolutely worth the 6 dollars for the whole game. It's past 1 in the morning and I have no regrets. It made me laugh. It made me cry. And I've still so many more endings to find.
(5)
Review by leof007 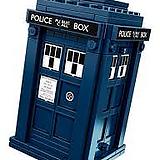 This was an amazing game! My mom and dad are thinking about buying the other chapters for me and i can't wait to play them! It was an AMAZING game. 5 stars.
(5)
Review by Cheralina 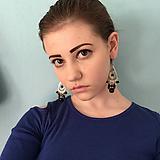 I love this game
(5)
Review by Stripes

Easily 5/5! I love the amount of options in the customization and development of the robot and the freedom for the reader to decide whether a robot is a machine or a being. It's a shame the whole thing isn't free, but I guess I can't blame you. Excellent work!
(5)
Log in to post a review or comment.
Similar Games

A Jack of All Trades