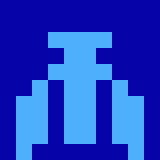 Review for 50 Shades of Jilting
Fun at first, but the excitement fades as this turns into a verb search. Some obscure ones are accepted, but more common ones like TAKE, AGAIN, or UNDO yield little results.

Reminds me of "Aisle" as there are 50 moves in 1 play. I gave up at 49.
(3)
Review for Bronze
Really long and a bit frustrating at some places, but the hints and compass rose are a great plus with navigation. Also, I liked how it included a Novice Mode for players who are new to interactive fiction.

Love the storyline--- it reveals itself throughout the course of the game as you find a way to free the Beast and servants. The little snatches of dialogue and memories really develop the relationship between the player and the Beast, though the ending is a bit ambiguous.

(4)
Review for 9:05
Wow, I was not expecting that--- love the twist, it guarantees instant replay.
(4)
Review for Sleep
Not bad; a 3.8/5. The characters are relatable, so you can really understand the relationship between Alex and Nathan. The storyline is simple, but it builds a good story.
(4)
Review for Photopia
Awesome, engaging, and original. I love how everything is interwoven and related. Great storytelling, excellent writing.

I wish more people played this.
(4)
Review for my father's long, long legs
A creepy, haunting tale with short descriptions that build on the reader's tension. The sounds of digging, combined with the flashlight, created the suspense behind the father's mystery.
(4)
Review for Creatures Such As We
Wow... This was the best interactive fiction/choose-your-own-adventure that I've ever played. The story was well-written and thought-provoking. The philosophical aspects of the game allowed me to think of video games, humanity, and love in a completely different perspective. While I normally avoid the sci-fi genre, the writing created a world where the characters were still human, even in a futuristic setting. Finally, the dual plot line provided a small diversion for the times when the story became heavy.

All in all, a very worthwhile play.
(5)
Review for Choice of Romance: Affairs of the Court
Not bad, but part one was rather predictable with its paths. However, it was nice to be able to choose the initial strengths of each stat and the politics mAde it realistic. Would have liked it if the whole story was free, but this is also a business venture, I suppose.
(3)
Review for Alice and the Wishing Tree
I am a big fan of Alice in Wonderland and Through the Looking Glass, so the first thing I'd like to say is that I'm glad you included both aspects in your game. I appreciate how you kept the literary style of Carroll, who is known for his wordplay, riddles, and puns. When dispersed with the original illustrations and rhymes, the game made it seem as though I was reading another installment of the Alice series. I really enjoyed revisiting the Hatter, Cheshire Cat, and the ever-bickering twins.