In My Mind by Etrilla

Work in Progress
I've had a lot of weird dreams. And I mean A LOT. Some were nightmares, and some were beautiful. Every time I wake up from one, I think to myself that there should really be a game based around dreams. So, I finally made one. In this game, you'll play as Elizabeth Advery, who is having a dream of her very own. You'll get to explore the world that is her dream. But...is it really a dream? Or is this a nightmare? Your choices will decide.


Note: This game is far from complete, however, updates will be posted as often as possible. Usually when I complete one or more of the many routes that you can take. If I haven't completed a full route within a week, I will at least post an update of what I have so far


Update: I finished the Southern routes! Now you can go through these without cliffhangers. I'll be working on East next.

Another update: Okay, south isn't quite done yet. I decided to add in some stuff.

Update 3: I FINALLY finished the Eastern Route. Coming up next, will be North

You Are A Cat (warrior cats)

Average rating
Not yet rated Written by
Etrilla 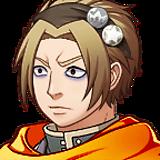