Sandpit
By Brian Taylor writer at CREATORS.CO
To avoid fainting, keep repeating 'It's only a movie...It's only a movie...'
Jancy Richardson
Everyone knows that clowns are completely terrifying. The hair, the make-up, the inevitable desire to KILL...no wonder American Horror Story has set its new season in a Carnival!

Some of my very favorite horror movies are about clowns, but there are some equally disturbing clown stories that are all too true...

Check out 8 real life clowns that will put you off the circus for life.


Firstly, the most terrifying and famous clown of all time: John Wayne Gacy.

The rapist and serial killer worked several children's parties as 'Pogo the Clown'...and killed over 33 people, burying most of them in the crawl space under his house. He was executed in 1994.

Amon Paul 'Klutzo' Carlock Jr. of Springfield, IL, a clown and former minister, entertained thousands of children in Sunday School and other Christian initiatives around the world.

When he returned from clowning at at orphanage in the Philippines, Carlock was stopped in a routine check at the airport, as the country was a danger zone for child sex trafficking.

Authorities found photos of small, naked boys on his camera and laptop, and unearthed more depraved child pornography when they raided his house. Several young boys testified against him for his acts of abuse.

Francisco Rafael Arellano Felix, the eldest brother of Mexico’s once-feared Arellano Felix drug clan, was shot to death in the Baja beach resort of Los Cabos by a gunman wearing a clown costume.
Interesting. Hopefully it was part of a drug-related dispute and not the beginning of a murderous clown rampage...


The Harlequin is a recurring figure in children's stories - and horribly similar to The Slender Man. The Harlequin has a white face, long limbs and black eyes, and is only visible to children under 6.

Children have reported a high-pitched laugh and a 'damp, fresh smell like summer rain'...

In the early 1900's, Frederick 'Zozzaby' Zozabe moved to Liverpool, UK from his native Czechoslovakia. Zozzaby killed himself, but children reported seeing his ghost even a century later.

In 2002, two children were woken by strange laughter, seeing a clown spirit pointing straight at them. He had eyes like the hollows in a skull and a long, bent nose.

Although he did not hurt the children, he left behind a sickly sweet odor... that adults at the scene later identified as the smell of embalming fluid.

10:45AM, 26 May 1990: Marlene Warren answered her door to a clown bearing two silver balloons and a bunch of flowers.

Before she could speak, the clown shot and killed Marlene with a .38-caliber revolver. Marlene's ex-husband was suspected, but the case remains unsolved.


OK, so this one's an Urban Legend, but it's too freaky to ignore.

Rumor goes that a young teen was babysitting for some wealthy parents in California. They gave her free rein of the house, but requested she watch TV in the far room so as not to wake the children.

She did as asked, but got gradually more and more creeped out by the life-size clown doll in the corner of the room. Hours went by, and the vacant gaze of the clown doll became too much to bear.

She called the kids' mother, asking if she could watch TV in another room, explaining that their giant clown doll was scaring her.

The mother gasped, then stuttered, 'Get the kids out of the house. We don't own a life-size clown doll'... 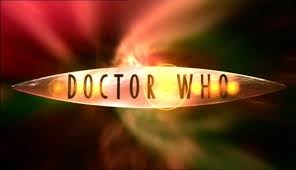 Average rating
Not yet rated Written by
brianttt