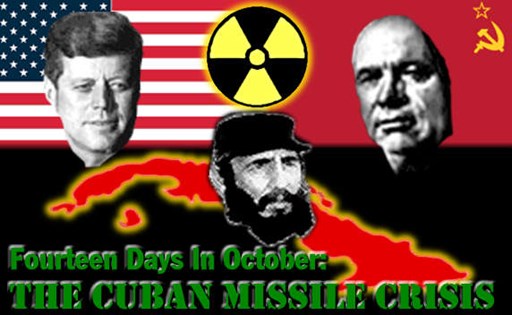 The Cuban Missile Crisis was the closest the world ever came to nuclear war. The United States armed forces were at their highest state of readiness ever and Soviet field commanders in Cuba were prepared to use battlefield nuclear weapons to defend the island if it was invaded. Luckily, thanks to the bravery of two men, President John F. Kennedy and Premier Nikita Khrushchev, war was averted.
In 1962, the Soviet Union was desperately behind the United States in the arms race. Soviet missiles were only powerful enough to be launched against Europe but U.S. missiles were capable of striking the entire Soviet Union. In late April 1962, Soviet Premier Nikita Khrushchev conceived the idea of placing intermediate-range missiles in Cuba. A deployment in Cuba would double the Soviet strategic arsenal and provide a real deterrent to a potential U.S. attack against the Soviet Union.
Meanwhile, Fidel Castro was looking for a way to defend his island nation from an attack by the U.S. Ever since the failed Bay of Pigs invasion in 1961, Castro felt a second attack was inevitable. Consequently, he approved of Khrushchev's plan to place missiles on the island. In the summer of 1962 the Soviet Union worked quickly and secretly to build its missile installations in Cuba.
Missile Map For the United States, the crisis began on October 15, 1962 whenreconnaissance photographs revealed Soviet missiles under construction in Cuba. Early the next day, President John Kennedy was informed of the missile installations. Kennedy immediately organized the EX-COMM, a group of his twelve most important advisors to handle the crisis. After seven days of guarded and intense debate within the upper echelons of government, Kennedy concluded to impose a naval quarantine around Cuba. He wished to prevent the arrival of more Soviet offensive weapons on the island. On October 22, Kennedy announced the discovery of the missile installations to the public and his decision to quarantine the island. He also proclaimed that any nuclear missile launched from Cuba would be regarded as an attack on the United States by the Soviet Union and demanded that the Soviets remove all of their offensive weapons from Cuba.
During the public phase of the Crisis, tensions began to build on both sides. Kennedy eventually ordered low-level reconnaissance missions once every two hours. On the 25th Kennedy pulled the quarantine line back and raised military readiness to DEFCON 2. Then on the 26th EX-COMM heard from Khrushchev in an impassioned letter. He proposed removing Soviet missiles and personnel if the U.S. would guarantee not to invade Cuba. October 27 was the worst day of the crisis. A U-2 was shot down over Cuba and EX-COMM received a second letter from Khrushchev demanding the removal of U.S. missiles in Turkey in exchange for Soviet missiles in Cuba. Attorney General Robert Kennedy suggested ignoring the second letter and contacted Soviet Ambassador Anatoly Dobrynin to tell him of the U.S. agreement with the first.
Tensions finally began to ease on October 28 when Khrushchev announced that he would dismantle the installations and return the missiles to the Soviet Union, expressing his trust that the United States would not invade Cuba. Further negotiations were held to implement the October 28 agreement, including a United States demand that Soviet light bombers be removed from Cuba, and specifying the exact form and conditions of United States assurances not to invade Cuba.

I posted a review of this on IFDB…and it appears to be the better-spelled version of "The Cuban Missile Crisis-Khrushchev". The entire thing seems to be lifted out of a high school text book, including the sideways number on one of the pictures. That or someone is planning a whole series of Grossly Reductionist Speculative World History.
(1)
Log in to post a review or comment.
Similar Games 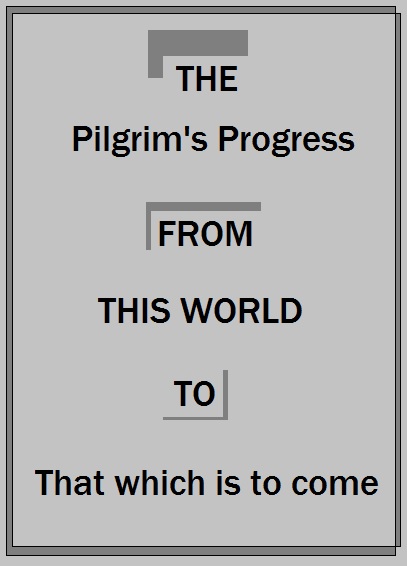