Literature
As the first detective murder mystery, Edgar Allen Poe’s short story “The Murder’s in the Rue Morgue” establishes a lot of the conventions and tropes of the genre as a whole. Poe gives us the genius recluse, as well as his intelligent, but ultimately normal, companion and narrator, the ineffective police, and the final reveal of the mystery (Ahem, Doyle you copycat, you). Suspension of disbelief plays a necessary role in these works of fiction. The genius-murder-mystery-solvers pull off a lot of mental feats that most people probably can’t. These feats are part of what makes the stories entertaining; they’re exciting and incredible, but at the same time no so unrealistic as to baffle the audience. SPOILER ALERT: in “Rue Morgue”, an orangutan committed the murder (Do you really need spoiler alerts for stories published in 1841? At what point can I just say whatever I want? What’s the etiquette on that, huh?). While the orangutan murderer is pretty out there in terms of later stories in the genre, Dupin’s (that’s our genius in this one: C. Auguste Dupin) method of solving the crime allows for continued suspension of disbelief. Dupin uses his logic and reasoning to discover how the murderer must have escaped, and what physical capabilities the murderer needed to pull off the crime, analyzing the bodies at the crime scene and their brutal injuries, the noises heard by first responders, and a little tuft of orange hair found in one of the victim’s hands. He deduces that only an orangutan could have pulled off the crime. Pretty far out… but maybe someone could do it with all the evidence Dupin gathers with his skills of observation.

Everything’s fine and dandy, right? NO EVERYTHING IS NOT. I’d like to address a specific trope in the genre that should challenge reader’s suspension of disbelief: mind-reading. Let’s look at a passage from the story:

Now if your disbelief is still suspended, I’m going to ask you to recognize how ridiculous this passage is. First of all, 15 minutes is a LONG time to try to follow someone’s train of thought. Most people can’t follow someone’s train of thought at all. Usually if they can, it’s only one thought, of someone who they know very well. Dupin also requires a vast amount of knowledge to guess at every complex thought the narrator contemplates. Our narrator doesn’t exactly think about simple things; we’re talking about constellations and Epicurus. But Dupin is a well-read genius, so we’ll give him this one. However, human thought generally doesn’t act as nicely as it does in this story. First of all, people think about things that are private, or at least not know to everyone else. Our narrator only contemplates intellectual topics at a high level, and his mind doesn’t wander to more mundane topics. External stimuli can change a train of thought without causing any observable external changes in the observer. Many trains of thought could just as easily follow an entirely different pathway; the concept of oranges might just as easily develop into thinking about fruits as into thinking about colors. One wrong guess in which way the train of thought turns ruins Dupin’s trick. Furthermore, Dupin relies on the narrator’s actions to pull off the stunt. Not everyone mumbles “stereotomy” or looks up at the stars, telegraphing their thoughts.

This stunt isn’t just some isolated incident either. Holmes criticizes it when Watson compares him to Dupin, and then in another escapade, Holmes pulls the very same trick. Essentially, the ludicrous mind-reading sequences also constitute one of the tropes of genius-murder-mystery-detective-fiction.

So why bring this all up in the description of a text adventure game anyway? You guessed it; I’ll let you have a try at reading someone’s mind, in a contemporary setting (to even the playing field). I chose to use a text adventure game to present this argument because of their historical notoriety for ridiculous puzzles, along with adventure games in general (refer to the Babel Fish Puzzle from Hitchhiker’s Guide to the Galaxy, 1984; the Gnome puzzle in King’s Quest, 1983; The Disguise from Gabriel Knight, Blood of the Sacred, Blood of the Damned, 1999; or any other personal favorite). While reading someone’s mind in real life is absurd, text adventure developers don’t seem to understand this; they practically require you to read their mind rather than think logically. Therefore, approaching this argument through the medium of text adventure proves quite fitting.

Now before you start your wild goose chase to find out Scottie’s train of thought, allow me to provide some tips
• Scottie’s train of thought won’t wait up for you if you’re goofing off. He’ll keep on thinking no matter what you do, so use your time wisely.
• Observe Scottie’s behavior carefully, much of Dupin’s ability depends on paying close attention to his friend.
• Ponder what your character and Scottie may have talked about recently, this may help you.
• Use the help command to learn more about the game.
• Finally, realize that this is probably an impossible task on your first try. That’s why Dupin’s trick is so ridiculous; it only takes one attempt to perfectly recreate 15 minutes of thought. Have fun, explore the various commands you are able to perform, and don’t take winning too seriously. 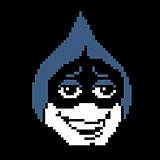 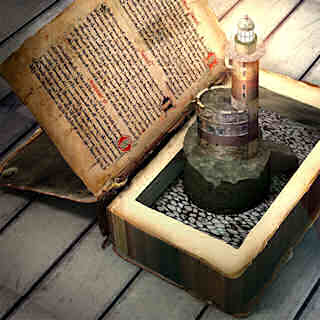