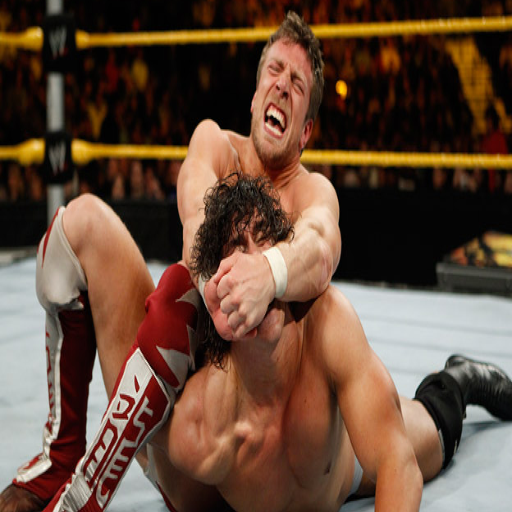 You've just graduated from Ka-Pow Wrestling Academy, and your goal is to become a greatest professional wrestler of all time, but to reach that goal, you need to start from the independent scene as a jobber and pay your dues, just like every superstar in the world did. The competition will be tough. Will you survive and accomplish your goal or will you wander away in the crowd?

SUMMARY:
1) Wrestle Matches: This is like real wrestling. You don't wrestle to win, you wrestle to entertain the crowd.
2) Train
3) Clean your bed: You'll know why when you play the game.
4) Take steroids (if you want to...)
5) Get to the top in the indy scene.

POINTERS:
-- Try to avoid performing any move three times in a row, otherwise it will negatively affect the match rating. "Nothing" is an exception and can be performed any times you want.
-- "Pinfall" is not a move. It also doesn't cost any stamina to perform. However it comes under "3 moves in a row" rule.
-- "Submission" is an offensive move. Performing it will add +1 to your "Offense Counter".
-- Be careful with performing "Offense" move twice in a row. If the opponent blocks the move the second time, you will be forced to perform it the third time. This is where "the opponent is not cooperating with me" thing comes. When you are in the ring trying to put on a good match, the miscalculations can happen. Your opponent has also has his own moves to worry about.

The game is good, but there is bugs that made me go bankrupt: before the fight (when you accept it, you lose 25 dollars??? and after you lose 25 dollars as well?), at the shop: the prices wrote at the drug store are actually 2 times bigger that wrote in the description. I would like to give a 5, since it's a good game, but bugs lead me the other way.
(3)
Log in to post a review or comment.
Similar Games

based a true story