Fantasy
You are on your way to Balut, your home town, when you come across an assassin. He won't let you pass. What will you do? 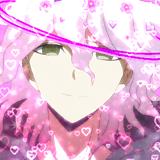 I got 2 endings. Took 2 minutes. Didn't play past that point.
(1)
Review by Frostedge

Well, this kind of gamebook is my thing, so I’ll give you my two cents.

I would rate it two stars, if only for the effort put into it. The ending, though, dropped the score a whole star, not because it ended bad, but because it was poorly ended.
(1)
Log in to post a review or comment.
Similar Games