Work in Progress
-Potential Gore, Death, and Violence warning.-
-LGBTQ+ Friendly-
-Credit goes to Erin Hunter, the creator of the Warriors franchise-
-Please keep in mind that this is my first CYOA-
-Feel Free to leave a review so that I can improve this story to the best of my abilities-

You are an apprentice of SunClan, you go by the name of Lostpaw, and you are the apprentice of Spicestream. You are the daughter of Vixensnout and Eagleeye, and you’re littermate is Brinkpaw. There are many paths you can choose from, but be careful, you don’t want to get anyone killed. Now, I won’t give too much away as this story is a work in progress, but let’s just say that there’s going to be a couple of surprises along the way. Without further a-due, let’s get you started.

July 20, 2020: This game is currently in the stage of being proof read, checked, and reviewed for suggestions, and most pathway has not yet been updated. Please leave your suggestions and feedback in the review section below!

SunClan is bordered by MountainClan (West Border) and MapleClan (East Border). MistClan lives across the river on their South-West border.

The Twoleg places is east of both MistClan and MapleClan. The Gathering Place is a clearing just past SunClan’s South Border. And the MoonPool is a slightly longer trek South-West of MistClan. SunClan’s Northern border is neighboured by unknown territories.

YES, I know. 80% of these designs are not realistic in any way-shape-or form. But I, not going for realism here, if you’re looking for realism, this isn’t the place. I want all my characters to be unique, and besides we’re talking about cats who cat heal wounds by licking chewed up plants onto them and somehow not getting the bacteria in their mouths not in the wounds. Realism went out the window a long time ago. Also for the other clans I only did the high ranks, because that’s all you need to know.

This is probably the best warrior text adventures ever played! The story is interesting,
It’s written very well,
I like how characters call you “hun”
And I think it isn’t too short, I applaud you and hope you work on it more!
(5)
Review by PietroXI 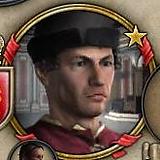 Wonderful game! You have a real skill for writing. Definitely keep up the great work, this is certainly one of the best Warriors-related games on the site.

My only nitpick is that the color of the text and background is a bit harsh on the eyes.
(5)
Log in to post a review or comment.
Similar Games 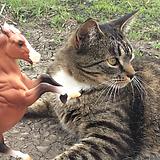