Slice of Life
A short game exploring women's role in causing or preventing sexual harassment.
Play online
Information in this game listing is copyright alyson, is taken from IFDB, and is licensed under a Creative Commons Attribution 3.0 United States License.
Review by Rabble

Good for letting people who have never been visibly women in public know what it's like. However I suspect those most lacking in awareness will just make ignorant "jokes" about how women should stay in the kitchen.
(5)
Review by kurdibur

How do you confuse a feminist? Refuse to let her make sandwiches.
Now that that's said, I don't care for this game too much, boring. Sure the idea was good and for a good reason but I though it was a bloody joke.
(2)
Review by YoMommasALlama
Bullshit. According to this every man is a sexual harassing pig. And that everywhere a woman goes she gets harassed.
(1)
Review by Justanothercase 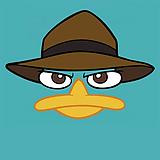 Has a good concept, but was poorly conducted.
Sexual harassment is a reality, and it's fucking terrifying. I've been there.
However, not everyman is an asshole, not everyman is a sexual harassment monster. It only makes us - women - fear every single moment outside our own cocoon. This is not how it's supposed to be.
We do have to take care; some people are, in fact, sick people. Men, women. But this game is just stupid.
This shouldn't be anyone's outtake in life.
(2)
Review by arislaf

Worst. Thing. Ever. Whatever men do, it is sexual harassment. I hate feminism and whatever is with it.
(1)
Review by Danny1214

Good in concept, poor in execution.
(3)
Review by Metaphoric

It shows the truth behind how women can't keep themselves from being sexually harassed, and shows that it is truly not the women's fault.
(5)
Review by MelindaAtlas

I think that there is something to this, because women do get harassed regardless of what they wear or where they go. They get those little comments like, "You look nice ... today." It can be very insidious, unasked for, and often threatening.
I like that the game makes me frustrated and uncomfortable about how others treat me as a woman. It’s supposed to make me feel unhappy with how women are treated and it certainly does that.
But I think that this game is so exaggerated that it sends mixed messages about whether it's for or against women getting sexually harassed.
Now, there is nothing wrong with a game that points out sexism by being satirical. But the entire tone of the game is so thoroughly condescending to women that it delights in the harassment/failure with throwaway insults like “do not pass go” whenever the character falls into a situation where harassment occurs.
I think I would be able to accept this and see the game as supporting women’s rights, if the game actually depicted you playing as a realistic female character.
But it doesn’t.
Instead, you are told that you: “feel so embarrassed that you have to go home and cry to your cat.”
This goes beyond putting you into scenarios out of your control to show that harassment always occurs out of the victim’s control. It implies that you sort of deserve the harassment because instead of speaking up for yourself, you run home and throw a tantrum. None of the male characters depicted in this game seem to have that problem.
All it would take to tip this from a game that is anti-harassment to one that bashes women is if one of the outfits didn’t lead to harassment.
The fact that this line is so thin is what makes this game underdeveloped.

(2)
Review by Conspiracy_risk
I liked the idea, but it was so unrealistic that it was just dumb. It's OK if you want to defend women, but this is a little bit ridiculous.
(2)
Review by MADDOG50K

get over it us men get jumped shouted at given so much shit by women aswell as sexual herrassment but you have to toughen up cuz lifes a bitch and then ya die
(3)
Log in to post a review or comment.
Similar Games 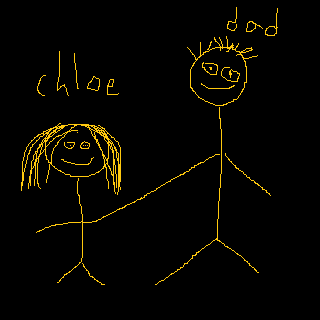 The Wanna Be Cop