The Legend of Spyro: Guide You Home (Fan-Made Game) by Sonicfury01

Work in Progress
Basically, its a Legend of Spyro Game with a different point of view with a little twist.
(The Legend of Spyro Characters all belong to SIERRA ENTERTAINMENT, characters that does not seem to appear in the games of the Legend Of Spyro Trilogy belongs to me... hopefully)

(NOTE: Desperately need an editor, contact me at [email protected])
Let's start at the epilogue where Spyro and Cynder confronted Malefor in the Dark Temple.

While Spyro and Cynder are confronting Malefor, a mysterious dragon crash landed at the outskirts of Avalar where the world is collapsing. Due to his velocity and speed of the fall, the dragon was forced to cover itself with crystals to lessen the impact and damage he will receive while going deeper through the ground. He stopped in a cavern that connected far away from the underground city.

When Spyro and Cynder did finally stopped the so called Dark Master. Spyro used his Dragon Time ability to fix the crumbling world, that also caused the dragon that was concealed with crystal unable to break free because of a mysterious wave of power washed over it.

Time passed quickly, the City of Warfang was back to its former glory, with an addition of their new heroes settling to their new home.

And the crystal where the dragon is trapped started to crack... 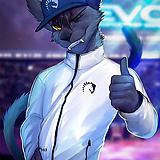 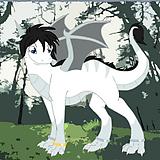