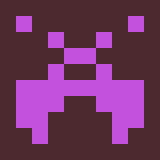 Review for Escape the Bear Campsite
For a one-room 'snack sized' game, this isn't bad at all. Some care has been added to make sure you can try again without restarting or restoring if you fail to escape on your first or subsequent attempts, which I appreciated. However, players will probably fumble trying to figure out the right verbs for certain things, possibly making the game a smidge more difficult than it otherwise would be.

Also, I should mention that a ranger friend of mine played this game, and it'd be nice if I could reassure her that the winning ending doesn't actually kill the bear. You'll back me up on that, right? She encounters bears in real life, and I don't want her to have nightmares over what she had to do to the poor creature.
(3)
Review for Digimon
A small, thinly-described game. Although there's only five locations or so, the connections between them aren't straightforward, and yes, that is confusing. But that should be trivial to fix.

More troubling is the lack of narrative. I'm sure the author knows what a digimon is and what a digimon does and so on, but I played this game to completion (it's a VERY short game) and still don't know what a digimon is. The author couldn't be bothered to fill in the details or describe things effectively. The result is an extremely generic experience.

You go from here to there. [Uh-huh.]
You kill the bad guy. [How? Who?]
You win. [So what?]
(1)
Review for Around The House
Uh, yeah. For those just tuning in, Jack's first game was "House Adventure", a non-interactive work where you wandered about a few rooms in a house and looked at stuff like the "it's a lamp" lamp, and, um, not much else. Now we get "Around The House" which is a barely-interactive work where you wander about a few rooms in a house and look at stuff and get some rambling description. And you can pick up a few things. Whee. This is pretty awful, but it IS at least ten times better than the first effort.

I don't want to criticize the writing over much at this time. Right now, I merely suggest writing more and hope it gets better with practice.

BUT. I do want to criticize the lack of anything to do in these games. Because, right now, it isn't a game. Or a story. Text adventures ought to be either a story or a game or both, but this... house thing... is just a setting.

If you want to write a story, try for a status change in the main character. Maybe the guy started out poor and then, because of events in the story, he becomes rich. Or he loses his wealth. Or he finds true love. Or he gets that promotion. Something, anything, that changes the main character's status. Wandering around doesn't change a guy.

If you want to write a game, there should be a goal you want the main character to accomplish. Obstacles preventing the goal from being completed are called puzzles. Maybe the house is a pigsty and his parents are coming over and he has to clean up the place or else. Maybe there's a big party and the guy has to get the beer and the chips and stuff. Maybe he's sick of his friend being on the couch and the goal is to eject the bum out of the house.

Think of something. How do you want this guy in a house to change? What is it you want this guy in a house to do?
(1)
Review for Sir Loin 2: The Phantom Dennis
The sequel to Sir Loin and the Coming of Age starts right where the first game left off, and like its predecessor, it has a fun sense of humour and engaging puzzles. (It also, unfortunately, has the same sloppy approach to spelling and punctuation, but we'll let that slide.) You don't need to have played the first game to play this one, but it wouldn't hurt. Many of the characters from the first game show up again, plus a boy named Colin that I remember seeing in the author's <i>Escape from the House</i> game.

I'm not sure if this game is larger than the first one, but it feels larger. In <i>Coming of Age</i>, you get to explore the castle, its grounds, and the nearby village. In <i>The Phantom Dennis</i>, you travel much further afield, by means of a very clever location called the World Map, which gets new places to visit added to it as you learn about them. Much fun, and gives a real sense of making progress in the game.

The puzzles are a good set, many of which reuse items in new ways, and many of which require you to combine items into new ones. Some of them are tricky and I admit I had to cheat to figure some of them out. More cluing would help with this. For example, there seems no reason why I shouldn't be able to use the string with the handkerchief. Also, the guard in the castle is helpful is you show some things to him; there should be more of this, so he has a comment on each of them, in case you're a bit stuck.

You might also get stuck because you need an item you simply haven't seen yet. It's hard to know you might want, for example, a handkerchief if the person carrying it never uses it in front of you.

Another point: as far as I know, you can't lock yourself into an unwinnable position in the game. This is a GOOD thing, and I do appreciate the effort. I will definitely want to play more games by this author.

But what's my biggest complaint about the game? The ending. Boo and hiss. I gotta say, if the game hadn't ended when it did, the command "stab king", or as you say in Questorian, "use knife on king" would've been my next command. I'm over it now, and all is forgiven, but man.
(4)
Review for House Adventure
This is not a game. This is a coding exercise. There is no story, no puzzles, and no point. Players, you can pass this one by. Authors, please don't release your first fumbling efforts to the world.

Even as a coding exercise, this _still_ needs work. Three issues:

(1) Descriptions of rooms and objects are so utterly generic and without useful content that I call them "duh-scriptions". When I examine a lamp, don't just say "it's a lamp." Like, duh. I already knew that. Tell me something about it. Is it tall, golden, dirty, broken, flexible, portable, bright, without a shade, handmade, your grandmother's, used for reading? Please tell me something about each object that isn't obvious from its name alone.

(2) Interaction with objects often requires command constructions that are impossible to guess. For example, consider the TV. You cannot "use TV" as is standard in other Quest games, nor "turn on TV" as is standard in other authoring systems. The desired phrase here is "press power switch TV" -- but only for the TV. The hifi expects "press power on hifi"; the lamp expects "turn on lamp"; the computer expects "press power switch on computer". This is unacceptable. Please support standard commands and handle alternate constructions as synonyms.

(3) Nothing does anything. That is, I can't change this world in any way. I can't pick anything up. I can't break anything. I can't discover anything hidden. Changing the world in small (and large) ways is a big part of what text adventures are all about. This is just too static. Make it dynamic.
(1)
Review for Sir Loin and the Coming of Age
This was fun. This is mostly a reasonably straightforward series of fetch quests in a lighthearted faux medieval setting. The prose is nothing special and there's some sloppy spelling errors that the author should really fix up, but this is more than made up for by the way everything fits together. All the puzzles make sense, and several items have more than one use. Also, the game is "merciful"; you cannot put the game into a state where it's impossible to lose.

It took more than one sitting before I could finish the game. The hardest puzzle for me was naming the kitten, but I did guess it eventually. My walkthrough for the game is at http://webhome.idirect.com/~dswxyz/sol/sirloin.html . I look forward to the sequel, should the author write it.
(4)