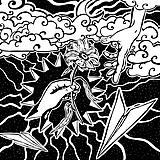 Review for Cannery Vale
Great horror game!
(5)
Review for A Story of Salvation
The game is pretty and fun to explore, but it's one of the less intuitive and more frustrating games I've played. I think this one could use a 'hint' function, or a basic walkthrough for stuck players to look at online.
(3)
Review for Night House
An excellent game with an interface that doesn't quite do the job. It isn't Quest - I've played other games by bitterkarella that worked very nicely - but primarily I found it frustrating how specific I had to be with my commands to get the game moving along.

For example, there is one part of the game where the player opens a taped up box with safety scissors. I had to type several commands "Cut tape," "Open box with scissors," etc. before coming up with "Use Scissors on Box," which wasn't much of an intuitive command. The rest of the game suffers from this same kind of flaw, in my opinion.

That said, the fantastic story well makes the effort worth it, but as far as my review goes of "Night House" as a functioning game, well, it could be better.
(4)
Review for Shortbird's test
It's interesting. My guess is that it belongs in the sandbox, as far as categories go- it's a short, round about game... There might be a way out of its loop, but I'm not sure?
(3)
Review for Zork
If you haven't played Zork, you haven't played IF... Okay, that's an exaggeration, but to me, the Zork games are what got me hooked on IF in the first place. It's perfect for anybody who likes D&D but is too antisocial or introverted to join in on a campaign as often as one might otherwise like to (guilty). Zork is iconic - it's too bad that it isn't as popular today as it ought to be. Besides that, it really is one of the most fun games (text-based or otherwise) that I've ever played all of the way through.
(5)
Review for Shade
I'm not sure I'd call 'Shade' a fun or entertaining game, but it is complex and provocative, with much to appreciate about it. I'd recommend it to just about anyone, and the ending is very clever. It's creepy, but not horror, and a little tricky to solve, but not crammed with puzzles. (Sometimes IF can be a little too puzzle-dense? Or is that just me?) It's definitely going to give me some weird, freaky sand related dreams tonight; I played this game a little past 1 am, not being able to sleep.
(5)
Review for One Eye Open
A great game with lots to explore, great twists and turns, and a wonderfully spooky environment for play. If you haven't played it before, give it a whirl. It isn't quite like any other IF I've ever played. Scary, but not too nasty- like all good horror, it relies on suspense as opposed to pointless gore.
(5)