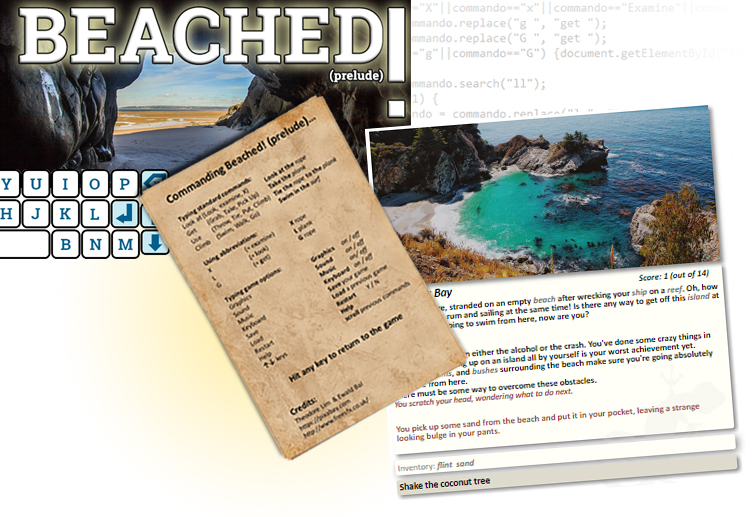 After releasing Beached! (part 1) successfully last December, a sequel was just a matter of time.
Beached! (Prelude) is a new teaser to Beached! (part 2), which will be released later this year.

After shipwrecking your yacht on a reef, you find yourself on a deserted beach somewhere in the Caribbean.
At first sight, there's nowhere you can go. Use your wit and common sense to escape anyway, without hurting yourself too much.
Prelude is an escape room game that was initially designed to merely test drive the new parser and interface.
But since we liked it so much, we decided to share it anyway.

Since the release of Part 1, the amount of feedback has been overwhelming.
You guys actually built this new game, since no feedback was laid aside.
The best improvement of all is Mr. Theodore "Ted" C. Lim. He joined me for Prelude and is responsible for both the editing and the storytelling.
He did a great job, guys! You'll notice while playing, I'm sure.


Some side notes to the game, in case you're interested.
Beached! (Prelude) is a full game and comes equipped with:
*) One short story
*) Nine puzzles of mediocre difficulty
*) Seven objects, all hinted to from within the game
*) An interface holding links to speed up gameplay
*) Timed events that make gameplay more dynamic
*) Fourteen survival points to be scored
*) Eight easter eggs to be found
*) Lots of hilarious interactions to suffer from
*) An in-game Help function (just type 'help')
*) An improved parser that'll blow your socks off
*) A short, five-step introduction to the parser
*) Graphics, sounds and music that can be toggled (why?)
*) An on-screen keyboard for tablet and mobile users
*) Game loading and saving
*) Lesser quantity, better quality
*) Zero ads, for real!

Before responding, the parser performs 9 tasks to avoid misunderstanding your commands:
*) Some typos are recognised and corrected automatically.
*) Nouns and verbs are analysed separately to simplify the command. Great for non-native English players.
*) Irrelevant words are run through seven synonym libraries, making sure nothing goes misinterpreted.
*) Multiple commands are cut into pieces and checked. When valid, the most profitable one is executed.
*) Incomplete commands might be responded to if the verbs or nouns are recognised.
*) Unrecognizable commands are responded to, indicating if they lack a known noun or verb.
*) Unwanted or not yet discovered objects will be pointed out.
*) Common swearwords and some cursing are cut out.
*) Totally absurd commands might get a similar response, beware! 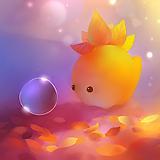 Very original. I like it, though I'm not quite sure what to do yet. I should probably finish the first one - which I never even read or did or played or heard of. Otherwise, your grammar and your phrasing and everything is marvelous. Well done!
(5)
Log in to post a review or comment.
Similar Games

Solo Queue: An Exercise in Serenity 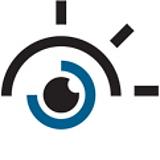