The Sabotage by Zili

Sandpit
Backstory
============
There is a war between two mercenary groups. You are a Sargent Major in one of them. You are being sent on a mission into a base to sabotage their communications and extract an agent, but things never go to plan. When you land you have to make hard decisions, to follow an objective, but in the process, leaving another.


Earth's state
===========
The Earth is still forested, the result of a successful last ditch effort to prevent a dark future. However the Earth is now split into three factions: the Federation, the EMG and a unknown mercenary group that kept itself unnamed. The federation is basically the dictator of Earth. It's basically an army ruling Earth. No one is I charge of them, only the general of the army, in fact the general of the army even controls the president. Every now and then, they'll elect a new president, however the general of the army for the federation is in control of everything and he can control who goes on the throne. The EMG is not really a hireable mercenary group. They were one, but it all changed after the federation came into power. After that, they became a faction of their own, taking residence in abandoned places, forests and deserts. The other 'mercenary' group is there for one purpose. They were hired by the federation to eliminate the EMG.


Objective
============
1. You are to cripple their radio network by destroying this radio tower in this base, which is being used as their primary relay.
2. An agent that has been scouting the area has sent a distress call through, you need to extract him if possible.
3. If possible destroy the base, if not then escape and call for backup.
4. Enemy general might be there, eliminate if possible.


Intel
============
The enemy organisation is a good assault team. They will probably have the area covered by snipers, all hiding and searching, waiting for the right moment. The base is surrounded by a swamp and a forest. Past the forest, there is a town. We also have a squad ready for a fast response. The enemy are also good marksmen so be prepared to have bullets hitting things like your gun. Their general is also in that base. Kill him if possible, but his guards are well prepared, quick on the trigger and good shots. Remember, the agent is a secondary objective, so don't compromise the mission to save him.

Great! I had a really fun time playing it. It makes you think about the possible consequenses your actions can cause... Great job!
(5)
Review by Tom C.L. 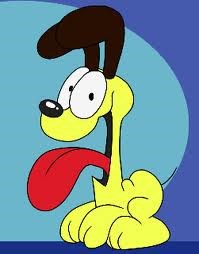