"Fate Of Fire" Episode 1: Courage Without Honor DEMO by SivD1

RPG
PROGRESS: Meh, who knows? Chapter 5 is complete though, so 5/10 of the chapters are complete.

Why hello there! This is only a small slice of the pilot of my grand new series: "Fate Of Fire"! It is heavily inspired by "Game Of Thrones" and the "A Song Of Ice And Fire" series.

Note that is the early version (of less than 10% of the final version of Episode 1), and I'll revise it all before it's published.

There is no set amount of episodes just yet, but I have the first four episodes fully planned. I believe there will be more than five, however.

There is also no set release date as of right now, but the typing of Episode 1 has just started.

The story will change between perspectives of multiple characters, and similar to Telltale's series (and similar to Game Of Thrones), one choice from even the smallest character can cause conflict and might mean somebody's life.

The episodes will also be quite long, possibly being about the same time as an actual episode of the television series. And each episode will be filled with story and character development, along with plenty of meaningful choices.

That's all in the information that I'll share for now. If you could leave some feedback and some suggestions, I would highly appreciate it!

I've read the song of ice and fire series and this game is just phenomenal! I love how you kept true to the writing style of the books! I cant wait for the rest of this game to be made so I can finish it!
(5)
Review by TheHatMan

Well, I'd like to say nice work once again SivD1, not only does this demo is really interesting work, I've recently watched game of thrones of request of a friend and I was happy to see that you have been making a game based off of it or at least similar to it. I will be looking forward into the very first episode of this game, it honestly holds a lot of potential and I don't meant to say that about most games. Maybe they do, maybe they don't. It honestly depends on the presentation of the game, that's why I'm not writing such a long review. So anyway, keep up the good work man!
(5)
Review by JennieTS

I have have never seen or read the game of thones books and show, but I still very much enjoyed this game. The description of Peter at the start felt a little slap bash, but that's about all I have a problem with. The story itself is well told and kept me intrested. I really look forward to the full version. Well done!
(5)
Review by Frostedge

I, myself, am a big fan of A Song of Ice and Fire, so I’m curious as to how it’ll work out.

Overall, very well written, but the minor errors break the immersion enough for it to be jarring. If you improve on the points I've mentioned, I'm certain this'll get some pretty neat scores.
(4)
Log in to post a review or comment.
Similar Games

A story of blood and dragons 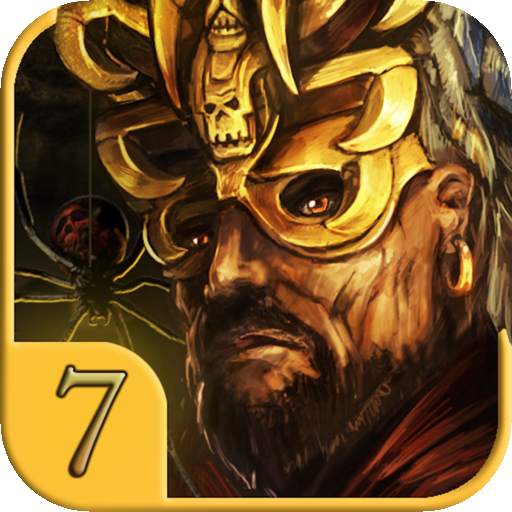 Temple of the Spider God