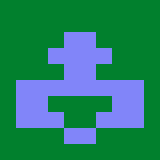 Review for Switch
A well rounded game, a great idea made effective and fun. I have not played a puzzle game quite this fun before!
(5)
Review for Cham
Great game! The map is well planed out, and the story it compelling. The only suggestion id make, is to give the landscape imentioned in the rooms description, descriptions of their own. Nothing to long, just a sentence. Like "the tree's tower above you", but that's just me being picky. Apart from that. It's a great game!
(4)
Review for Twitter: The Game
I think this is ment to be a clever look into how pointless and mind-numbing social media is (please correct me if I am wrong) sadly, though this may be a good idea, I think you may have gone about it in the wrong way. It looks as if it is just badly made, instead of a clever pun. 5 star's for the idea! But sadly -3 for the performance. :(
(2)
Review for The Mansion
This would be a great game, but the commands are anything but obvious. I sent way to much time trying to put a painting back, and trying to go up some stairs. Its extremely frustrating at times, which is a great shame, as this has taken the fun out of the game for me. Its a pretty good game apart from that.
(3)
Review for The Room
Great game, the clues are good and the story is interesting. But the game repeats itself a lot, this becomes annoying very quickly, also it would be great if the second part could be longer. Apart from that its a great game.
(4)
Review for Fatal Island Part 2
Nicely made and well written, but I strangely enjoyed the first more, Iit felt more "involved" that this one. In short, I more or less completely agree with Marzipan's review.
(4)
Review for "Fate Of Fire" Episode 1: Courage Without Honor DEMO
I have have never seen or read the game of thones books and show, but I still very much enjoyed this game. The description of Peter at the start felt a little slap bash, but that's about all I have a problem with. The story itself is well told and kept me intrested. I really look forward to the full version. Well done!
(5)
Review for Cookie Monster Simulator
Pretty good. Short but funny
(4)
Review for Master Riddler
A fantastic little game. The riddles are clever and the story is great. I hope you will consider making another.
(5)
Review for spondre
A amazing game. The level of detail is wonderful, the story is thrilling and existing. I have thoroughly enjoyed playing this and I highly recommend this superb game.
(5)
Review for The hobbit
The story is well written and captures Gandalfs likeness well.
But the story plot needs work.
(3)
Review for The hobbit part two
Pretty short, and the story is a bit implausible. But still woth a go, I'll be sure to check out the game as part 3 is released.
(3)
Review for Small.
Fantastic game, well described rooms and objects. A great idea and plot!
(5)
Review for The Stanley Parable - The Text Adventure Edition
Absolutely hilarious! The most funny and witty text game I have ever played! If you have not already, you MUST PLAY THIS!
(5)
Review for Assassination Frustration
Not bad. I can see alot of effort went into it.
(3)
Review for Tic-Tac-Toe
Very well done. Although I am not a fan of tic-tag-toe. But the time and effort that must have taken to make this alone is 5 star worthy. On top of that, the game works well, the computer is actually good on expert. Im very impressed.
(5)
Review for Fatal Island Part 1
Very well made. I enjoyed the amount of free choice, the story is well written and made. I really look forward to the next.
(5)
Review for Eat Cow To Live
Im really surprised. This was actually pretty good. Simple yet funny and effective.
(4)
Review for One Night at Freddy's
As others have said, it gets a bit old fast. It seems to just consist of trying to randomly move fast and hope you don't get grabbed. Its got some ok mechanics and the idea is pretty good, given some more work it would be good.
(3)
Review for Adventure of Beowulf
Quit good. Stays close enough to the story. Worth a play.
(4)
Review for Victorian Detective 3
Another great game making this a fantastic trilogy. This is a must play!
(5)
Review for Victorian Detective 2
Great! Even better than the first.
(5)
Review for Victorian Detective
Great game! Fantastic design and story.
(5)
Review for Theseus
Pretty good. Worth playing (and im very picky) :D
(4)
Review for The Nebula
The best ive played. A great game with many alternative paths, griping stories and a big thrilling universe. A must play!
(5)
Review for Empire of the sinking sun
Great! Read my comment for the full review :)
(5)
Review for JAWS: The Text Adventure
Very nice. I really recommend it.
(5)
Review for The Zen Garden
Look pretty good. But it probaly needs a little more clue towards what to do. I think I have been to all locations and spoken to everyone, but im still stuck on "observe nature patently" im obviously just doing somthing wrong. Nice game though :)
(4)
Review for The Hitchhiker's Guide to the Galaxy
The lack of a working save/ restore really destroys much of the enjoyment of the game. Fix this and I will give 5 stars
(2)
Review for Star Wars: Escape the Flagship
Well done. This has many different options and it overall well made. A verry nice game.
(4)
Review for A Hobbit Trek
Just great! Very well made
(5)