RPG
Back in the 1970's, when people first bought computers, MS DOS came with MS-Basic, so, they also bought Basic game books so that they could type in the games to play...
Here is one of those games...
To give credit where credit is due...
Hunt the Wumpus was originally written by Gregory Yob in BASIC while attending the Dartmouth campus of the University of Massachusetts in 1972 or 1973. Out of frustration with all the grid-based hunting games he had seen, such as Snark, Mugwump, and Hurkle, Yob decided to create a map-based game. Hunt the Wumpus was first published in the People's Computer Company journal Vol. 2 No. 1 in mid-1973, and again in Creative Computing in its October, 1975, issue. This article was later reprinted in the book The Best of Creative Computing, Volume 1. Yob later developed Wumpus 2 and Wumpus 3, which offered more hazards and other cave layouts.

I have made some changes to what he created.
There are 2 pits, which are quick kills, 2 Super Bats which will transport you to some other room, maybe dropping you in a pit, or in the room with the Wumpus itself!
And, of course, the Wumpus...
To kill the Wumpus, you have 3 arrows to shoot the Wumpus, but only from the safety of an connecting room.
There are 20 rooms to explore, and each room connects to 3 other rooms.
Added for version 2.0:
A control panel so that you can select how hard of a game you want.
There are now 8 different maps to explore.
There are 3 naming conventions for the rooms.
And, if you are daring, the room names can be scrambled to add more to the mystery... (or misery)
If requested, I can expand the exits to 5 connecting rooms...
Update 2.5: Room links now have the connecting room name. (Took awhile to figure that one out!!!)
Version 3.0 will have room descriptions..

I had fun with the game.
It's a good game.
(4)
Review by GameofChocolate

So, there are no room descriptions, simplistic choices to make, no plot, no story, just.... hunt the wumpus in rooms that you have to enter to know what the rooms are. Mehhhhhh......
(1)
Review by MYCROFTJOY 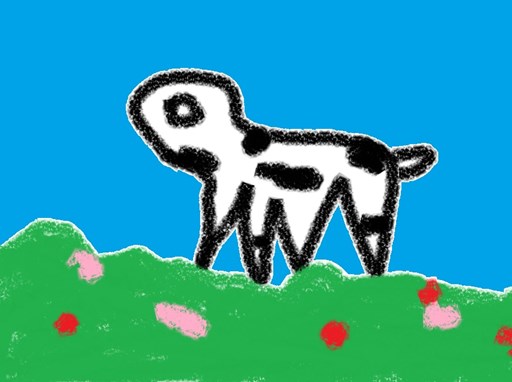 There is gold down there!