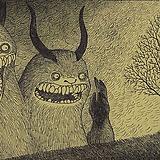 Review for A Most Redundant Forest
I get the idea, but there is nothing really funny or interesting to make this appealing. There isn't any really real ending either, but I can see this as something really good.
(2)
Review for Dungeons of what the hell
This was too short and was written rather boringly, but I like the idea.
(2)
Review for Super Duper Drunken Bar Fight!
Oh kay... I liked this game, but it was really short. I think you should of added some more endings, and maybe make it more weird. But otherwise I liked this as a quick easy stress free game.
(4)
Review for Cat Petting Simulator 2014
I pet the cat for about 10 seconds, then got bored. I mean, that is it? It is pretty realistic, but no story. or suspense. Just cats.
(3)
Review for Guttersnipe: The Baleful Backwash
I really liked the writting and story, but I couldn't figure how to get out of the room. (Maybe because I am super bad at quests.)
(4)
Review for Star Wars: Escape the Flagship
It was good, but needed description.
(3)
Review for CageFighter: Future or Failure
I liked it, but the story line was kind of bland. Also whatever I do, it just says I am bad at it, and it wins anyway. Like when I went for submission, it said I am bad at submissions, but I won anyway.
(3)
Review for To The Mountain and Back
It was interesting, but like all text adventure games, I get bored running around lost. Maybe you should of given more direction.
(2)
Review for HU.man
I liked the story and idea, but i have no idea about character or description. If you were to re-write this story, I would add description. What do viruses look like? What does the firewall look like?
(2)
Review for The Witch's Apprentice
I liked it, but I wish there was a map or somekind of directions so I could know were I am going. My problem with text adventure games is that I just walk around lost. I think you should add some directions to tell me were to go.
(3)
Review for Avast, Ye Mateys!
It was really fun, but it kind of got boring doing the same stuff over and over. If you were to add more to the game, I would add that the navy hunts you down if you haven't signed any contracts.
(4)
Review for Whitefield Academy of Witchcraft
It was cool, but I couldn't find away inside, because the front doors were locked. I really liked the map though. How did you get that on?
(3)
Review for The Caves of Krodan
It was really cool, BUT when I write my stories, I try to have death because of a flaw in strategy, not luck. I really like the story, but needs more strategy then just luck. I got disinterested when I got to the compass because it wasn't very fun getting burned. I would like to learn what the markings mean. :)
(3)
Review for Sphinx
It was awesome! I really liked it, just like the myth, with lots of choices, but not with much stress. very good.
(4)
Review for Lemon Simulator 2014
I really liked it, and It was really funny and simple... but the part were you hind is kind of dumb, and I got eaten and impaled so many times I lost interest.
(4)
Review for Being a Dragon
I liked it, but I needed more. It was cute and I liked eating the princesses and stuff... but I think it should of had more. It ended to fast. I think you should add to it, and make longer one with more choice.
(4)
Review for Skelequest
I played as far as I can go... good description and had a creepy feel, but... I went as far as I could go and I couldn't find any action... I just looked around. I think you should add more options... it liked it and wanted it to keep going... but i couldn't go anywhere.
(3)