Aunts and Butlers by robinjohnson

It's 1920, you're a minor aristocrat fallen on hard times, and your wretched Aunt Cedilla is on the warpath. A society farce in the style of P G Wodehouse, in which you face obstinate policemen, unfriendly poodles, austere aunts and mysterious butlers.

Play all my games: https://versificator.itch.io
Follow me on twitter: https://twitter.com/rdouglasjohnson
Give me money: https://paypal.me/versificator (one off tips) or https://patreon.com/robinjohnson (pledge a payment per game)
Play online
Review by Savio 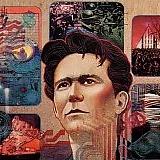 Quality game. Funny and inventive throughout.

This is my least favorite out of this author's parser collection.

It's okay, but by no means his masterpiece.

As a lover of PG Wodehouses' characters of Jeeves and Wooster, I loved this. It was funny and clever. A great game to play through.
(5)
Review by LeisureSuit Larry

LMAO from page one
(5)
Review by Gothly 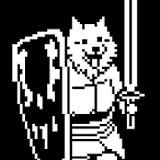 This game was written for IFComp 2006 (http://versificator.net/). It is loosely based on the PG Wodehouse Jeeves and Wooster characters, with the player in the role of Bertie Wooster, here called Ampersand. I particularly liked the butler stepping in from time to time to prevent catastrophic player mistakes or provide hints.

The game achieved a very respectable 16th place (of 43 entries) in IFComp 2006 but feels as if it has the potential to be much higher. One factor is that the game was rushed to meet the IFComp deadline (as mentioned in the hint system). This meant that it had an implementation issue when submitted (http://www.versificator.net/blog/). Perhaps more importantly, however, is that the second half of the game doesn’t seem as strong as the first. It might have been more in keeping with the Wodehouse theme, for example, if the second half had been located in a country house (reached by train for a weekend visit), instead of a surreal, text-adventure oriented, underground world. Similarly, there is opportunity to integrate hints/help from the butler with the separate hint system provided. It would also be better to remove the one unwinnable position in the game (I fell into the trap! ...so pick up all items when you first see them!!).

Overall, however, this is still an excellent game, with Robin’s usual high standard of writing, comic touch, and appropriately pitched puzzles. Another five stars!
(5)
Review by Jesse Richardson 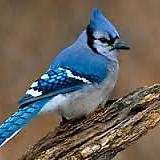 Excellent game!
Very enjoyable and gave great insight into the life of a 1920s butler.
(5)
Review by XanMag

I love the writing - humorous and detailed (without being too much). Very enjoyable game to play. Well constructed with a good story! Give it a play!
(5)
Log in to post a review or comment.
Similar Games 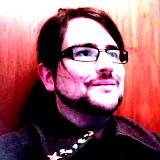