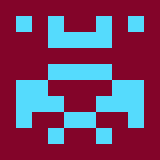 Review for Zero Summer
A little confusing at first, especially with the whole cards thing. I wish there was some kind of log for you to keep track of where to go next, since the plots and subplots are confusing and you can't go back to see them again.
(4)
Review for Glik I
I loved the atmosphere of this game!
(5)
Review for Spellsword
Many errors in the spelling and grammar of this story, and a couple continuity errors in this okayish plot.
(3)
Review for Credit is Due
Goodness, these people move fast. Kissing on the second date?
There were two or three grammatical errors that made the plot hard to follow, but other than that, everything seemed alright.
(4)
Review for Card Warriors
I found parts of the plot a little ridiculous.
Just an observation: This is more of a card-based game, rather than a text-based game.
Hehehe this game requires honesty of the players.
(3)
Review for Hearth the Rogue
There was a lot of...odd wording that made the choices confusing. It was so odd that I'm not even sure whether it was the spelling or the grammar that was bad. It could have been both.
(3)
Review for Avast, Ye Mateys!
Love the gameplay style, it's a unique style that seems to be rare on this site.
(3)
Review for The hobbit part two
The game is short, but the plotline is better. The writing still needs work.
(3)
Review for The hobbit
Writing is poor, as is the plot. There are some continuity errors, such as the protagonist going from a Mister to a Miss.
(2)
Review for Chained
A little nonsensical. I saved the man by not chosing the save the man option?
(4)
Review for The Thing About Dungeons
I love the rambling, it adds a hilarious air to the game, but it also can be confusing at times.
(4)
Review for Virus
Drags a little, but other than that, I like it.
(4)
Review for Bubblegum Slaughter
There are grammatical errors, and the plotline lacks genuineness.
(1)
Review for INTENSITY 2: What to we do now?
The punctuation and spelling make the game confusing.
"Should you go for the one on the right or the one on the left?" THE SUSPENSE! :p
(4)
Review for INTENSITY
Again, the punctuation. And I didn't feel like any of my decisions had much effect on the outcome.
(2)
Review for Surviving is Key
Too short! :( It's a zambie game but I only fought one zambie. :( Also, the lack of punctuation made this confusing, though this game wasn't as dialogue-based, so it wasn't as bad.
(2)
Review for Can You Survive The Navy Seals?
The lack of punctuation made the game a little confusing for me.
(3)
Review for The Escape
I like how the endings can sometimes fade into the beginning, but it feels like a lazy game and the plotline is poorly written.
(3)
Review for Tim becoming a fencer
I feel like there's a moral to this. Like don't give up. If ypu don't give up and you become the bottom of someone's shoe decoration. Or something.
I snorted when I saw "You get reincarnated as a cockroach."
*play basketball*
(5)
Review for Pokémon Emerald
Made me snort. :) However, the decisions I made didn't effect the outcome, so I might as well have read a book or something.
(4)
Review for N7
The writing could have been better, but this game picked up speed nicely.
(4)
Review for The hidden maze. :3
I was thinking, "This is a little like Minecraft. Oh, it IS Minecraft." I should read the descriptions and comments before playing...
Anyway, the grammatical errors detract from the plotline(...ish thingamajig?), though I can understand if people aren't native English speakers. The story is nonsensical, which can be humorous, but for crabby old men like me, it was just annoying, especially since it persisted throughout the whole game. For me it lost the humor, I think because of the absurdity of the outcomes.
(2)
Review for Draygun and the Presence: Chapter One
I feel like the grammatical errors (like the lack of commas) detract from the story, and in my opinion, the plotline is just alright. Gameplay wise, I like the professional feel that I haven't seen in some of the other games on this site. The characterization is also good. Hoping for the next chapter, looking forward to see what happens with the skills and attributes.
(3)
Review for SJ Griffin
The plotline is a little confusing, but other than that, I liked it!
(4)