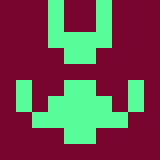 Review for The Lost Orb
The puzzles were definitely easier than usual! But it was definitely more of a relief in some ways, as an exercise to reexamine the strategies used to go through harder puzzles. The clues, especially the description about the music box and the hole, as well as the rock, were very helpful.

The one thing that I'm curious about still is the map and the church's inscription, whose mystery was never quite resolved for me. I have a guess that it leads to the Orb initially, before it was stolen, but I was kind of hoping to go there as well.

Here's to another fun game!
(5)
Review for Syrup of the Blackest Soul
I think I got all of the endings (and a loop), and this definitely made me chuckle. My favorite is the waffle ending.

This is a short and light, but amusingly solid game. I only wish it was tad bit longer.
(5)
Review for Whitefield Academy of Witchcraft
I failed to review the first time I played it, so here's to a second time around.

This game is fully of puzzles that I think are very good at hinting at the solutions, although a few had to be a stretch of the imagination and a bit of guess work. I thoroughly enjoyed a lot of the narratives, from the student profiles to the romance novel and the protagonist's commentaries, which vividly painted an amusing picture of how the school functioned. I thoroughly enjoyed that the setting was fleshed out with the right balance - one that gave enough information and a bit more to get a general idea of the setting and the clues needed to continue with the adventure, but not an overbearing amount of unnecessary detail.

One thing I noticed was that you also threw in historical context in there - given the time period, that you threw in the existence of anti-miscegenation laws and a mention of the Japanese internment camps. I appreciated that attention to detail.

I think that there are definitely a few bugs to work out (when I read the manual on the greenhouse/other books after the first time, I get an error message), but I overall found this game quite hilariously enjoyable.
(5)
Review for The Tower
Yo, this game is ridiculous.

I was half expecting to reduce the black knight into a just a torso. And as for ninjas, the dark side offers cookies.
(5)
Review for Jacqueline, Jungle Queen!
Grue, this is a wonderful game! Congratulations!

I thoroughly enjoyed the humor in the game. At least for me, the puzzles were quite challenging enough but logical. I only feel bad for poor Rosie.

I'd definitely recommend for a short, beginner to intermediate level adventure game. I think I got both endings - though I'd definitely choose being a Jungle Queen!

(5)
Review for Moonstone Falls
Ha thanks a bunch! I guess I don't like "dealing" with people when they're already down.

This is another awesome game! The things I needed to do felt pretty straightforward (except when I was stuck, haha) and really made sense after the fact. I guess the only thing personally I didn't like was that I had to use a gun. I didn't have any technical problems. Looks like I didn't get away at the end. I'll try it out again!
(5)
Review for Shipwrecked
Another really nice game!

- I played this on my computer and couldn't see the puzzle on a grid - had to follow your instructions to solve it.
(4)
Review for Poisonous Rainbow: The Power of Memories
This game gets a five stars for its uniqueness, as the condescending narration is part of the storyline that tortures the player, who has forgotten everything and is later revealed, has been verbally abused and made fun of.

I would definitely put up a warning on this because it involves violence and sensitive topics that may be emotionally charging for many.

I'm stuck on the blue room (Room of Blues... please help me out!), so I'm basing off of what I have played so far. The playing experience is in a sense, enhanced by its graphicness. It's extremely torturous because the player/main character is placed in a position of choosing between killing himself and not wanting to know about the atrocious events that had occurred, or finding out about these events, piecing them together, and realizing that he was partly responsible himself.

On a personal level, I'm also highly bothered by the events that occur in the story, and am also tortured by it as well. I feel that others may find this offensive and highly controversial because of these events. However, the game itself has merit because the narration is not clean and objective; the "voice" cannot necessarily be trusted or listened to and the player is forced to navigate within his own conscience and navigate the past that he forgot. This game really effectively pulls me into the character's place.
(5)
Review for As Darkness Falls
I played this one a few days ago and the puzzles weren't too hard, and enjoyable enough to play without too much frustration. I did get help from the hints here so that probably helped. Really awesome job.
(5)
Review for Wizard
This is a really awesome game! I'll rate this solely on the game, minus my problem with playing on a browser. However, I really just wish I had the pleasure of being able to do the puzzles well.

I'm checking out your other games now.
(5)
Review for The Lazst Resort, Part 1
Really great puzzles, although I nearly gave up when I couldn't figure out the command for the ladder and string. Clue 2 and 3 were a piece of cake, although clue 1 had me confused; I wasn't sure what the "s" in S.B meant, but the bottom of the clue gave me a better idea of where to look after having thoroughly explored and examined everything.

One thing that bugged was when I saved and then came back later to resume the game, the hints reset all the way back to the beginning. So I was being hinted on talking to the receptionist when I was already way past that. After talking to the receptionist again, the next hint prompted me to figure out clue #2, which I had already figured out and took action (I had a can in my inventory).