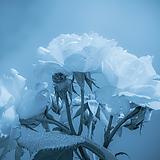 Review for my father's long, long legs
It's been a long time since I've played a text adventure, but I remember most of the horror genre disappointed me. This, however? This was amazing, and was a great game to return to. I got antsy during the later part where we went back into the basement and I can definitely say that's my favourite bit. Fantastic use of sound and visuals and 100% creepy.

My only problem was the black background and white text, which really strained my eyes. But given the gimmick and story of this, I think I can understand why. Although... Maybe light grey text would've been less painful?
(5)
Review for John Constantine EST. Asylum
I understand it's hard to make a text adventure based on a canon thing that happened so I applaud the effort.

However, the fact that there's too many choices that lead to a "GAME OVER", rather than giving the player more chances or choices to still reach the end point, I'd have to say it doesn't make a very good text adventure game.
(2)
Review for like father like son
Poor grammar and punctuation. Not to mention, it's not remotely scary or creepy. It's just violence and domestic/child abuse. And for a text adventure, you barely have any choices to make, if any at all.
(2)
Review for What happened?
All I can say is... What? That's it?

Several unanswered questions, several spelling errors and the like, very difficult to get invested in the story and honestly? Not even remotely creepy or scary.
(1)
Review for Night As a Babysitter
I think you probably should have made it clear that the psychopath in question had a history of crimes and murder and such because... Not all psychopaths are crazy murderers. Potentially dangerous, yes, but I wouldn't immediately conclude that they're a killer. No need for the news to go crazy and tell everyone to protect themself and their loved ones.

Also, font choice could have been a little better as it was a bit of a strain to read, but maybe I'm just picky. Also, story is kinda cliché, not exactly as many choices as there could have been too.
(2)
Review for Survival: The Nightmare Begins
Had potential, but why comic sans... And the way you typed things... Why the emotes? Why do you phrase things a certain way? I get this is taking place in a high school, but with that kind of speech, it severely kills the mood. Additionally, black background with white text is actually tiring for the eyes and kinda straining, due to the major contrast.
(3)
Review for Fallout Shelter
Too short to really enjoy, but it had the potential for more, honestly.
(3)
Review for Her Pound of Flesh
Wish there were more to it. I liked it a lot and wish it were much longer.

There were typos here and there though. Definitely something to keep in mind.
(4)
Review for Haunted House
Aside from what I'm pretty certain is a Doctor Who parody of the characters, the story is actually pretty decent. Not too sure if I should be thinking of it like a normal, creepy DW episode or a thing by itself though, so I'm not too sure if I should conclude that it's actually haunted, or there's some space-time shenanigan happening right there with a spectral of energy or alien or whatever.

The layout was kinda confusing and I almost got lost, but otherwise, really not that bad. Wish we could know more about Indigo and maybe what was going on, however.
(3)
Review for Living with friends
I'm cackling. Not really a horror, more comedy, if you'd ask me. Didn't really expect that end but I probably should have guessed from the title.

Sadly, I have to give it a poor rating since it's not really horror. But otherwise, it's not terrible.
(2)
Review for Five Night at Freddys
"Ask your boss what he means"
"YOUR FIRED!"

Poor grammar, a stunning lack of free will over your choices, and... Really... Just not interesting at all.

The other reviews certainly weren't wrong.
(1)
Review for Night House
This was actually really fun to play. It wasn't too obvious what the plot was and the twists here and there kept things interesting, and I found myself wanting to learn more and more. Of course, I'm a bit disappointed that because I kinda thought the pond might've had a role to play in this, but otherwise, good job! And I'm glad we could choose where we wanted to go in the end as well.
(5)
Review for Two Braids Girl
Was thinking it was gonna be extremely cliché and cringey, given the whole "I don't remember anything and I just woke up in this strange place" trope. Coulda kinda already guess that you shouldn't trust the girl, etc etc...

But honestly? It's actually not bad. Would prefer the mood relied more on the text than the images though, since it IS a text adventure.
(3)
Review for Letters from Mae
Actually moderately interesting. I was definitely expecting Mae to have been... Well... Not all that she seemed, but the truth of the story was definitely interesting, yes.

I'm guessing the girl in the hotel room wasn't Mae, since there was one route were I think she lived and ran off? My suspicions is that the character has... Perhaps some kind of dissociative identity disorder. Maybe.

But yes, well-written and interesting. Good job.
(4)
Review for Remember Them
Tried it a few times and it's not terrible, but not exactly amazing either. I don't recall when this went from text message to phone call though. And I think the "You remember everything" end had a typo with "everying".

I am very curious to know what your character remembered and what the heck the person over the phone was talking about. Maybe I missed routes explaining or you deliberately left it blank? Either ways, if you didn't add it in, it might have been an interesting idea to.
(3)
Review for The Intruder
So basically, all the choices lead to "your dead". It's not even grammatically correct...

Well, at least it's short enough that restarting to go through all the choices wasn't such a pain in the ass.
(1)
Review for Zombie In Your Home: A Choose-Your-Own Horror
Not much mood on this, really. And it doesn't really feel like we have much free will if we just keep getting killed and reset to waking up and finding out there's a zombie in our house and yadda yadda.

Frankly, it doesn't really give much motivation to even continue playing or trying other routes. In fact, it's downright frustrating.

Perhaps having more routes would have made this better, because it sure as heck felt like there was only one plot. It got too annoying to really try all the options.
(2)
Review for First Times
Admittedly, I'm not done with the game (At the part where the hallway blacks out and the doll is chasing me and I left it at that part because I need a damn breather first), but so far, I think I've played enough to say this has been absolutely AMAZING so far. It's the only horror text adventure I've played so far that managed to scare and freak the absolute Hell out of me.

The sounds are a very nice touch to it and definitely add in to the creep factor, and it hasn't been done in excess so far, so it's still creepy and definitely not overdone.

I'm a little loss at some parts, so I look around for hints others have put online, but I can definitely say so far that it has been amazing.
(5)
Review for Sammy
Predictable, but I suppose writing from "the bad guy"'s point of view is not something you see every day. Awfully short, might have given an okay rating if it had been longer with more details though, maybe then the reader could have more time to get immersed into the story.

The protagonist's intent was already pretty obvious, in my opinion. If the story was longer, perhaps it should have taken a little while longer to slowly reveal her twisted mind. Perhaps then it would have been more of a surprise.
(2)
Review for Night is Falling
Story was cliche, but not horrible enough to give an appalling rating. The mocking tone of the narration takes away the mood of the horror, and it seems to solely rely on the images just to scare the reader.
(2)
Review for Choice of Zombies
Admittedly, I didn't expect much from this game, so I suppose expectations were already low. But it's actually not such a bad game? Occasionally I think there are characters introduced in my story that I never met, or perhaps I never noticed them, but otherwise, the story did feel like everything was your choice and there's a lot of things you can actually do.

Really surprisingly good.
(5)
Review for The Things That Go Bump In The Night
Unfortunately, I can't advance past the creature at the door due to the fact the text box disappears and I apparently can't use anything as a weapon? Even the fire extinguisher?

The beginning was okay and I was intrigued to continue, but the bug just made me unable to continue so I can't give a really good rating.
(3)