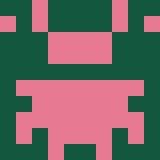 Review for Whitefield Academy of Witchcraft
A terrific game, with great descriptions, lol humour and satisfyingly tricky puzzles which give a real sense of achievement when you solve them (or frustration when you don't, and have to ask for help!) I particularly enjoyed some of the incidental details, like the spoof bodice-ripper and the smug letter from "A.R.": though I'm still a bit mystified by the cereal box which appears at the end. Thank you very much for an enthralling adventure: 'Eaten by a grue' is a worthy new member of the senior common-room occupied by Peter Edwards, Craig Dutton and co.
(5)
Review for Mermaid Bay
Another enthralling and addictive game from Peter Edwards, who is continuing his great job of revitalising West Country mythology. The pictures and sound effects enhance the experience, but it is the wonderfully evocative descriptions that give the game its unique atmosphere and draw the player in. I was transported back to my many childhood holidays spent in Polzeath, building sandcastles and fishing in rock-pools. As always, the commentary is full of country lore and good environmental practice. The puzzles are cleverly devised and often cunningly concealed, but all completely logical (in retrospect!), and all the objects are natural to their surroundings and helpfully described (I loved the joke with the purse). A terrific story with a very satisfying and beautifully written conclusion. I'm going to miss wrestling with it of an evening -- please can we have another one soon, Peter?

(5)
Review for Bard's Quest
This isn't a particularly challenging game -- I finished it in under an hour -- but it is well-written and atmospheric, and I enjoyed playing it. The game-play runs smoothly with no glitches and the solutions to the puzzles are often helpfully signalled in the object descriptions and responses. This would be a good choice of game for somebody just starting to play text adventures.
(4)
Review for Thyme
I enjoyed this game. There were some good jokes, and it has an intriguing scenario. The occasional glitches didn't affect the story (when you take the paper from the fireplace it doesn't appear in your inventory, and there is an apparently infinite supply of fly-swats). I'm glad to know that WS did not, in fact, die in 1616 as everybody thought he had. But my only major criticism of the game is that it ends too abruptly. I was just getting into the swing of it when I suddenly found I'd completed the quest. I hope "Father" creates a more elaborate game in future (or even extends this one), since he clearly has a talent for it.
(4)
Review for Twisted Tales: The Crimson Path

Hmm... "very loosely based" is right: I was waiting for the werewolf to dress up as grandma; but another great game with some tricky puzzles, a spooky atmosphere and a satisfying resolution which ties all the loose ends together (I'd been wondering about that huntsman). I didn't find the 'Easter Egg' -- or is that a piece of programming jargon I haven't understood? Anyway, thank you, Craig, for several interesting hours of gaming.
(5)
Review for The House of Dom Orre
This was the first text adventure I played after accidentally stumbling on the "Quest" site in April -- happy day! I wasn't signed up for reviews and comments at that time: so now I've gone back to "Dom Orre", and have found it just as compelling and challenging as the first time around. I'd forgotten the answers to several of the puzzles, so it's taken me longer than I expected to complete. This time, however, I left with all the treasures (I'd failed to find the belfry before). All of which just goes to show that a really good game, like a really good book, repays a second visit. Since my first attempt at "Dom Orre" I've played all Peter's games, and found them all excellent: well-plotted and elegantly written. This one is no exception.
(5)
Review for Doctor Incognitus and the Scorpion's Sting

Ah, I do enjoy a bit of steam-punk! Another of Craig's enthralling games: highly recommended.
(5)
Review for Curse!
Very spooky -- but Good Triumphs In The End. Thank you for another brain-stretching set of puzzles, Peter. Alas, I've now played all your excellent games: can we hope for any more?
(5)
Review for The Witch's Apprentice
An engrossing story with some fiendish (not to say sadistic -- see comments) puzzles and twists, including a nasty little sting in the tail just when you're starting to pat yourself on the back. I liked Esme Friggleswick very much -- she must surely be a friend of Tiffany Aching -- and it's interesting how playing as a female character subtly changes your approach (I won't say I never tried bashing people, but at least I tried other things first). It's amazing how much plot and puzzle Craig manages to cram into relatively few locations. I've very much enjoyed exploring the vast landscapes in some of his other games, but this one covers such a limited territory that I didn't even need to map it. This does not, emphatically, make the game any easier, however, and I'm sure I'd have failed without the help of expert adventurers Sarah and Ereth -- thank you both again, and thank you, Craig, for another brilliantly-conceived and executed quest. I look forward to the next one.
(5)
Review for The Enchanted Glade
How great to have a game set in a genuine location, and one that I have visited in the real world. However, just a couple of days after starting to play I was appalled to hear on the local news that The Old Ship had been destroyed by fire. I'm so sorry. Apparently the cause of the fire is still not known: I hope it wasn't an angry wizard -- and I hope Peter hasn't lost his favourite watering-hole. That aside, the game is as involving and well-designed as all Peter's games, with satisfying puzzles to solve and for the first time I managed nearly all of them without help: I just needed a teeny hint about the lolly stick (thank you Sue for asking the question). A lovely game with lots of atmosphere.
(5)
Review for City of Blood
This one is really complex, but as always with Craig's games there's a great story. You get a real sense of achievement when you manage to work out the puzzles without looking at the walkthrough -- but I challenge anybody to solve all of them without help: I had to fall back on the walkthrough several times. Nevertheless, it's an immersive and atmospheric game with some vivid characters.
(5)
Review for Escape from the Forbidden City
What I enjoy about Peter's games is the way that so many intriguing puzzles are crammed into such a small space, so you don't have to travel miles to find the answers (though you do have to hammer a lot of brain cells to work them out). That isn't a criticism of the epic scale of Craig's games, incidentally -- they are also fascinating, but in a different way. Anyway "Escape from the Forbidden City" is well up to Peter's high standard and much recommended -- an involving story, attractive graphics, elegant narrative style, maddening puzzles. I've learnt a lot about tree species, too. Thank you very much, Peter.
(5)
Review for A Hobbit Trek
I agree with Morgen. The game is not too demanding, but great fun and very well written, with convincing echoes of the Tolkien style. I particularly enjoyed the characters' names.
(5)
Review for Dragon
Wow. Very difficult! I had to resort to the walkthru two or three times, and I managed to fall into all the dead ends (broke the dagger before I could use it, frightened the princess before she gave me the item, crossed to the island without enough protection) so it's a good idea to do lots of 'saves'. A great story, though, with some terrific twists, and I thought the simple but atmospheric graphics were very effective and added a lot to the ambience. Craig's imagination must be a complex and extraordinary thing!

(5)
Review for The Piskie
Well, this is certainly something a bit different! The "Shell Guide to Cornwall" filtered through "Macbeth", always with strict reference to the Country Code. As a (fellow?) West-Countryman I loved it, and could almost feel the heat of the sunshine and smell the wild flowers. I'm cross about not working out the glow-worm, though. Another beautifully constructed and elegantly written game, Peter, thank you very much.
(5)
Review for Alice and the Wishing Tree
Another enthralling game from Craig Dutton. I'm working my way through his back catalogue and, like Sarah, haven't yet come across a game that is less than excellent. This one has some fiendish puzzles (thanks again for your help Sarah) and intriguing characters: hard to believe it was written in just a couple of days. Thank you, Craig, and please keep the games coming!
(5)
Review for HMS Victory
This is a beautifully-produced game: the action flows smoothly, while the visuals and the background sound effects add to the atmosphere and create a vivid feeling of what it is like aboard the "Victory". It's not the most complex of games, but the puzzles are logical and engaging, and there is a wealth of fascinating detail about life aboard a nineteenth-century war ship: I learnt a lot (including the use of a tow-rag...) An enjoyable and involving experience. And from now on I'm going to be kinder to seagulls when they dive-bomb my seaside ice-cream.
Congratulations Peter Edwards.
(5)
Review for The Legend of Robin Hood
This is another enthralling and meticulously planned game to add to the Craig Dutton collection. A lot of thought and background research has gone into it, and it draws on the Robin Hood legends to great effect. I liked the episodic design, which breaks the action down into a series of mini-games, each with a fairly small number of locations: this means that one doesn't have to spend a lot of time schlepping over a vast landscape searching for the answers to the puzzles. Not that it made the puzzles any easier -- I had to use quite a lot of lateral thinking on a lot of them [and ask for help once :-( ] -- but the answers were always logical, and annoyingly obvious in retrospect! As always with Craig's games the text is vivid and elegantly written, and he has caught the characteristic bantering tone of Robin's speech convincingly. I found very few bugs: at one point Allen kept attacking the fire-eater every time I spoke to him, and I spent a happy twenty minutes carrying a horse around Nottingham and offering it unsuccessfully to everybody I met. Apart from that, no problems and a very satisfying and involving quest. I only wish it could have gone on longer!
(5)