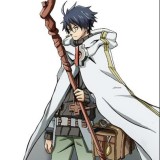 Review for Portcullis
That was fun, I spent a good few hours trying random things, like drinking holy water, and making a dog friend...
Great game man!
(5)
Review for Into the Dragon's Den
Clark is a dick.
Alison is too carefull.
We are a liar, savage, wimp, cheat and gamer.

GG
(4)
Review for The war
*SPOILERS*
The short way isnt a way, the long way isnt long.
The game is just generally not there
(2)
Review for Long Road Ahead
I got the [Friendship Ending] but the rest of the paths seem to be noting more than death, you may wanna make them a bit different but other than that its fine, and even if you got most of it from Konsei, you can still add your own additions to it which I would highly recommend.
(4)
Review for Temporary Sleep
I can empathize with this, as I had the mindset at one time in my life, I had filled that void by playing videogames and anime.

The games is good, almost nostalgic to me, but it doesn't seem as though it has more than one ending really, I feel as though it should have clear showings of it ending, instead of the simple sleep, rise, repeat thing you got going for most of what I can assume count as endings.
(3)
Review for An Extremley Stupid RPG: Glorious Edtion
Its pretty good, and if you do keep updating it past the Bridge of death I full well better see a demon bunny go and kill someone! Also, the Monty Python bits are great.

Keep it up!
(5)
Review for The French Mega Gun
The mechanics to gameplay are broken, you cant win, and it gets to the point were you are stuck just going in circles for the rest of time unless you go any of the three north directions and die.
(1)
Review for BroLand 2
Worse than the first game, less effort, and basically you just die because... Also, not enough humor to make it fun.
(1)
Review for BroLand
You didn't include much grammar, as well as it having a one-path win condition that was too easy to follow, you get points for humor though, its always fun to nuke the world from what should be an upper atmosphere location right?
(2)
Review for Zheard
The game is a bit funny, but really short, also, the zombie [spoiler] at the noise being n instant death is disappointing, make it build up to that if you don't want to make it a separate set of possibilities all together.
(3)
Review for A Stranger, Unregarded
Its a well done and fleshed out game, something that doesn't show up much on the site.

(Aech778010, you use Gravitar)
(5)
Review for Star Command (REBOOTED)
Really good, although, under the situations where lets say *spoilers* I charge my sheilds before i jump to the mining station it still rips my hull apart all the same.

If you were to make the action trees more definitive then I feel the game would be better, though I do understand how much of an annoyance that is so at the worst you may just want to remove options that arent completed.

Comedic though so keep it up!
(3)
Review for Dungeon of the Elementals
A very small game, I feel there should have been more endings there as well, i cant imagine that would've been that much harder to do.
(4)
Review for The Quest for a quest
Its alright, not amazing
(3)
Review for The Square Root Of Stupid
When you hit that glitch that makes you have to reopen the game from your last save, and you have to then watch as it scrolls past the 500 times you had pressed 'Wait' expecting something to happen...

I love this game, Ive played maybe ten times now, and Im yet to get the exact same conclusion, brilliant job on this game- *COUGH* I- I mean interactive fiction... yes yes thats what I was going to say...
(5)
Review for Aftermath: Journey The Gamebook
Very well done, and another game that doesn't seem to take itself seriously, I love it.
(5)
Review for UTOPIA (Everything you want is here)
Not a bad game, few branches though and it could encourage people to take drugs...
Also, I see a bit of domestic abuse in there as well...

Anyways, It was a good story nonetheless, I don't feel that the name exactly fits it, though thats not my place.
(4)
Review for The Tower
I love games that just don't take themselves seriously, this one took the cake. Great job man.
(5)
Review for Fatal Island Part 2
A great game allowed for an interesting run that didn't take forever and the endings are simple and make sense.

Achievements:
Beat the savage
Savior! You saved as many people as was possible in the game!
(5)