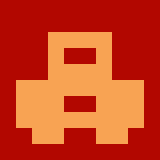 Quest Not yet rated
Short Game

Squiffy Not yet rated
The Odyssey

Quest Not yet rated
Prisoner Life

Quest Not yet rated
Text adventure games by BeggerStager

Review for Aquarium
What an absolute savage. Are there people in the world like this? XD
#Dream Date
(5)
Review for Torn City
I mean, that's one way to recruit citizens. ;)

Nice creative thinking. I'm sure you'll be getting a lot of donator status, and special items.
(5)
Review for Stuck in Traffick
Really nice information. It's not too long and the wording is easy to read with the spaces. I understand more.
(5)
Review for Fatal Island Part 1
See comment
(5)
Review for Caribbean Adventures
See comment.

10/14/15
(4)
Review for The scientist murder
I wanted to talk to the computer scientist but instead I talked to the fashion director.

I went to talk to the others and it made me accuse one of the family members. "You know who it is." I actually, don't. I didn't even get to question my family.

There was a good introduction though.
(3)
Review for She Met a Girl
... Interesting

... Nice
(5)
Review for Test Subject 345
I like the pictures. Although, I wish there were more choices besides pushing the button.
(4)
Review for Heavy Flow
Some spelling errors... but... I understand women now.

WTF
(4)
Review for End of Timez - Episode 1 - Learning
Nice amount of text. But wow, that was short. I like where this is going. Although, perhaps you could add more choices. Instead of talking and giving. Perhaps... running away, or... throwing it at them, or... fighting them.
(4)
Review for Camp Woodchuck
Pretty good. Lots of text, but worthwhile.
(5)
Review for Caroline
Wow... that was... interesting.
(5)
Review for Choose your own adventure story!!!
It's decent. A couple of grammar errors, but it's a good starting point.
(3)
Review for Avast, Ye Mateys!
Save feature is at the top right.

I had raided Queensisland and had a giant ship with 50 cannons and 200 hull, also 12 armor. And then I accidently exited... why???

Really good game, although it gets kinda boring as you go on.
(5)
Review for When She Woke Group Presentation
Good game.
-See comment for details
(4)
Review for The Catastrophic Adventures of Teenage Babysitting
I rate this a 5, as of 3/15/15. A nice game, I like the statistics at the end.
(5)
Review for The Race
Great game, well written. Once you play it once, do it again and see if you remember the fastest way to do things :P

Or, be the slowest. Whichever. This game could last you a while.
(5)
Review for The Room
A nice game. However, it kind of got tedious when I have to re-do my wound again even though I already tied it off. Nice clues. Can't wait to see what else is in store.
(4)
Review for 9:05
Very funny. I like it. I shall see what else I can do :)
(5)
Review for Zombolocaust
The game is good. I like it. I got lazy and skimmed through the reading.

"We'll go check the theater out." I lied and the text showed theater when it should've been bank.
(4)
Review for Camp Stabbiwaka
Very good. I liked it a lot. I was wondering when the sounds would come, and eventually it did. The dialogue keeps me wanting more, so good job on that. I also like the jokes, especially the whale one ;)

Errors (I think):
"We murderer both of those murderers." I think 'murderer' is supposed to be 'murder.'
(5)
Review for Global warming.
The game is good. It's got a nice plot and simulation theme to it. I think this game could be educational and simulation. Although there are some errors. If you can fix them, that'll be great.

Some spelling errors:
"hardworking people have created a grate city, envied by many." I think 'grate' is supposed to be 'great'.
I'm not sure if it's supposed to end, but: "It is now the 21st century. Your tribe of farmers has become a city of nature and beauty, with stunning views of both your farmland and natural features. " There's no where else to go. No links.
(3)
Review for Survive
Weird scenarios. But pretty good.
(4)
Review for Thief
Haha, you can take the coffee table. That's funny.

Pretty good game. I couldn't pick up the keys to drive the car. :/
(4)
Review for A Twist of Fate
I don't know, it's ok.
(3)
Review for Machine of Death
Very good game.

The details are well written, except I kinda got bored reading them, and it's nice. I wonder if there will be more scenarios added.
(5)
Review for Locked Away
The beginning is good. I named myself north and I'm a north. The compass arrow was there so I decided to press it. :)
Some accidental typos I think. "I will by there to guide you" -I think "by" is supposed to be "be"
"Read the second massage again, north" -I think "massage" is supposed to be "message"

I don't know if it's a bug, but after *SPOILER ALERT* she yells at me, I looked at her, and there was nothing I could do to talk to her again.
(4)
Review for The Homeless Fire God
It's pretty funny. I like the pictures.

Nice way to integrate a story and information together.
(3)
Review for Pimp Quest
Funny. I like it.

I only played it once but I think it's a good story line. I'm not sure if there are "right" choices.
(4)
Review for Life Of A Water Bottle
There isn't a lot of dialogue which is good.

I think this is like the Stanley Parable or something.

Funny.
(4)
Review for Kiyoti
Long dialogue. Maybe you should center the actions taking place. At first, I didn't know that the ??? were characters. I thought it was me thinking.

To solve the long dialogue problem: maybe you could space them out with pages. The pages could be paragraphs. I don't think you're familiar with Quest's tools, but I think you'll learn quickly. There was a lot of dialogue and you could use the pages to space them out. That way, it's not all BLAH. It's like bl... ah... not too much dialogue on one page.

Anyway, I'm pretty sure it's a good story or adventure. I think I would've kept on reading if it were spaced out. That way it keeps me interested to know if there's more or not.
(2)
Review for 12 Hours
Wow... the hate tuna ending was weird.

Some punctuation marks would be nice. Commas for example.

It's a short story, but with good grammar it could be a 3 or 4.
(1)
Review for I'm Fine
It's a nice game. However, I became lazy near the end because there wasn't much choices. Well, having depression doesn't give you a lot of choices does it? Nice game.
(4)
Review for Academic Dishonesty
Very good plot line. The sentences are really well spaced. It was interesting and I'm going to play it again to see if I can get a different ending. What a plot twist.

Now, how should teachers avoid this problem?
(5)
Review for Forgiveness in China
It's a good game. Demonstrates forgiveness.
(4)
Review for Job Quest
The rates at which you need to satisfy makes this game really hard.

Like, the next day you feel sad about losing contact with your family when you spoke with them yesterday.

To me, that's a bit unrealistic but it may be realistic to some other people. However, this is your game and I am just writing a review.

The game is good, however not sure if you purposely added an option after "THE END"
(3)
Review for You
Nice soundtrack. Although there wasn't much choices to choose from, it told a good story line. There is one part where it says the file cannot be found, it is the choice "listen to her."

The pictures were nice. I liked that.
(4)
Review for Tic-Tac-Toe
The computer was very easy to beat even on expert level. It's too bad the computer doesn't alternate it's move.
(4)