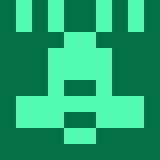 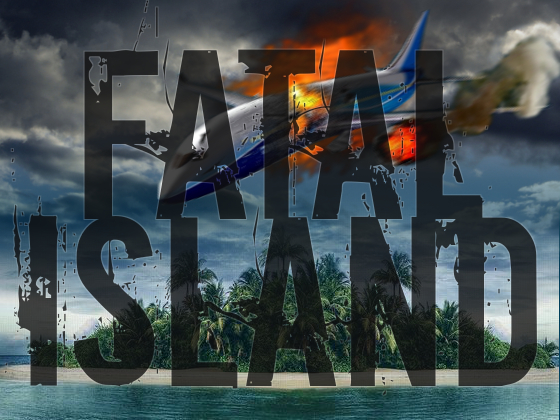 Review for Avast, Ye Mateys!
Incredible game! I have no idea how you make these, but this game is outstanding! Deserves the #1 spot of RPG without a doubt!
(5)
Review for The HeadBanger's Quest
Wouldn't load
(3)
Review for Memory Exchange Program
This is the first game that isn't a CYOA that I spent more than half an hour on! Normally I never know what to do and I give up because I can't get the syntax right on anything.

Your game had a very logical sequence and it was a lot of fun! Great writing, concept, and pictures. Those are easily the best MS Paint pictures I have ever seen. Again, fantastic job!

I did get stuck eventually though (I'm a complete amateur :P). See my comment on where.
(5)
Review for Camp Stabbiwaka
Spectacular game! I can tell a lot of work went into this! The characters were awesome and I loved how it kept track of your relationships and such (though it was slightly inaccurate). I really liked the way the story was developed and I really felt that the choices affected the outcome of the game.

The only time I was annoyed was when you can choose how to leave as the two bad guys were fighting. I chose to walk out, but I got forced into doing what DC suggested. Oh well, other than that, the game was flawless! I like this even more than Victorian Detective! Incredible work!
(5)
Review for No mans land
Stunning! I love this concept and you pulled it off excellently. I was really thinking about my decisions and how they would change the outcome of my character. It really sucked me in and I really felt the emotion of the game.

Excellent writing, concept, and game! I would have loved to see the game continue farther.

Oh, you might want to check your quotations, they were off a few times. Other than that, great game! :)
(5)
Review for Monsters: Apocalypse
Awesome! I thoroughly enjoyed the game! I'm leaving a review because you asked me to :)

First of all, the writing was great! I thought that the interactions between characters was very real and down to earth. I like the action too.

The choices were a little bit limited at times, but as a Gamebook writing myself, I can understand how that happens. I would love to see one with a lot more options than the one you have here.

Still, the lack of choices wasn't enough to take it down from the rating I had in mind. I'll probably be playing part 2 soon! Feel free to check out my game too :)
(5)
Review for Masque
I'm intrigued! It is a bit dark, but I think that was what you were going for. If so, you did a great job. The font and colors add a lot, and the pictures are a helpful bonus. It was a bit short, but it was good!
(4)
Review for The Homeless Fire God
Okay, much better than the last one about stars. I'm not sure what the deal is with the star games, but this one is way better. Though the objective was simple and so was the story, at least there was one. Nice and informative, but honestly not that fun. Still, not too bad.
(3)
Review for The Star Cycle Elements
As interesting as these facts are, this isn't actually a game. There is no story, play-ability, or objective. Sorry, but I can't give this a good rating.
(2)
Review for Soccer - Rising to Fame
Fantastic game! It has so much potential! If it was complete I would give it it 5/5.
(4)
Review for The hobbit
That was extremely short. I think you should take your time with the next one, and make it longer. That's what I'm doing :)
(3)
Review for Medieval Adventurer
Alright. So, I'm not an expert on these games (I'm more of a Gamebook type of guy), but I think that I know enough to say some. I did appreciate the prompts a little bit, since I'm really bad at these type of games, but you took it too far. I am a noob, but I didn't need that much help. Also, in the beginning, you told me to grab a dagger before I left. Well, maybe if you could actually put the dagger on the table or even in a chest. There was no way for the player to know how to grab the knife.

That said, this is probably still better than I could do.
(3)
Review for Tic-Tac-Toe
I'm really impressed with the mechanics, but that's probably because I'm new to this whole thing. Tic-tac-toe can only be so fun, that's why I'm giving you a 4/5.
(4)
Review for Four Corners
It was actually quite good until it ended abruptly. Even when I agreed to do it, it said I lost. When I said no, I lost. Was there even a way to beat the game?
(3)
Review for The Walking Dead
Great game! I felt like I had a lot of options and I thoroughly enjoyed them. It did feel at times like no matter what I did, something would still happen. Either way, great game. My only complaint is that I would like to see more choices in between reading. Sometimes in felt basically like a book I was reading.
(4)
Review for A Hobbit Trek
Awesome! This is actually the first text based game that wasn't in the CYOA format that I actually really enjoyed. Not to mention that it's in Tolkien's world :)
(4)
Review for Victorian Detective 3
Well written, clever, and pretty much altogether brilliant! I know that this is a really good game because I'm bad at it and I still enjoy it! :)
(5)
Review for Zombolocaust
Favorite game yet! Found this website a few days ago, and I really like it! This game has been my favorite so far! I love the different paths and how the game is fun but still challenging :) Keep it up! Looking forward to the next part :)
(5)
Review for Assassination Frustration
Pretty average. I had to restart a few times, but not too hard. Obviously the game wasn't too in depth, but it wasn't bad for your first game!
(3)
Review for Cobblestone
Not quite as good as eat cow or die, but I still thoroughly enjoyed this one as well! I never even tried to press the cobblestone button. I was really close to, though! :P
(4)
Review for Eat Cow To Live
YES! First 5 star I have given yet! The game was both creative, funny, and clever. I loved that there were multiple ways to do it and that it wasn't too difficult! Keep up the good work, I loved the game!
(5)
Review for Ka'Hal: The King of Dragons
It was really interesting and surprisingly funny! I would have liked to have seen more branches for the story though. It seem kind of railroaded. Still though, awesome game!
(4)
Review for Putt-Putt Golf
Probably your first game. It was amusing though :)
(3)
Review for Survive Part 3 - Rivals
Loved the game! The only issues I saw were some grammar and spelling issues as well as some obvious plot devices. Still though, I was totally enveloped in the game and I can't wait for the next one!
(4)