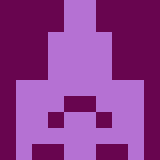 Adventures of lil A


Quest Not yet rated
Your World!

Hard to belive something like this is possible to make in Quest.
You set a new milestone in this scene.
(5)
Review for Avast, Ye Mateys!
This is by far the very best game I ever saw on this side!
(5)
Review for El Presidenté
Very great game! But be honest- you got inspired by "Tropico", didn't you? :)
(5)
Review for Coming Out Simulator 2014
Very great game! I love the drawings and animations and the background-noises. I love the concept and the way you write. It's just perfect!
(5)
Review for Empire of the sinking sun
Really good game! I love the dice-system and the writhing.
Very well done!
(5)
Review for Daylife - The First Night
Really fantastic work! I love, how you used exactly the right amount of text- not too much and not too less.
And the pictures are just great! The suit perfectly to the scenarios and increase the atmosphere of the game.
After all, 5/5.

And just like Wallflower, I'd totally buy one of you books. :)
(5)
Review for Hacker: The Investigation
The "hacking"-idea was quiet fine, but there are WAY to less options. Also it's too $hort.
Now for the graphics: It's REALLY cool, that you use them, but you have to work very hard on the quality.
(2)
Review for Die Königin von Saba - The Queen of Sheba
Ich schließe mich größtenteils der Meinung von Pertex an.
(4)
Review for Dork
Absolute cool game! It took me a wile, until I checked every way.
The writing is super-fun and the little drawings are cute.
It's a bit short, but anyway- 5/5

But the devils "fist" looks like a dong.
(5)
Review for The Player
Very good (and somehow cute) game!
It gave me a few laughs and WTF's.
Good writing and fun events. And to think, that you only used it for learning about Quest.
Very great.
(5)
Review for becomeachefmaster
Very fun game, it really is!
But where you ever in a kitchen? Well, I was a chef. And for example I can guarantee, that you need a few more things than just an onion and water, to make onion soup ;')

In fact, this game has nothing to do with being a real chef. But it's fun to read and the texts are pretty fun, so 3/5

I mean: Of course, it's your first game. My first (and yet only) game sucks too. But at least I put some effort in it! Not to say the whole thing is bad...
But the historical facts are just THAT wrong. Also the German translations are.
My English also isn't the best, but I don't just use Google translate!

Maybe, if you do a second part I could help you out with the translations (German is not my native language, but I guess I can help you out better, than Google does).

Please don't be mad at me. I hope you understand what I think. If you want my help with another game (maybe even the "2.0"-Version of this game!), just write a comment at this game. I'd be happy to help out. :')
(2)
Review for Minecraft
I don't know what to tell about this... Did you inadvertently published the game? Or why is there a room where you can do NOTHING at all?

I'm sorry to tell, but what else can I give to a game which as absolutely NO content, but 1/5?
(1)
Review for Thief
Very great game, especially since it's your first. I hope there is going to be a sequel part, because I love your work. Very well done!
(4)
Review for The Walking Dead Season 1 - Episode 1 - Beginning Of The End Demo
It's kind of annoying when you always have to press "continue" on the beginning, but the rest of the game is really well done. The "trailer" on the end makes me want to play whole game. Good work!
(4)
Review for Battle Scars (A Warrior Cats tale)
Really good writing and great choices. I know this game is a few months old, but I hope for an update anyway.
(5)
Review for Fatal Island Part 2
Wow. The second part came faster than I though. And it was as great as the first, so again 5/5.
(5)
Review for Twitter: The Game
Pretty fun game, but is there any point or something?

And may I ask what font did you use?
(3)
Review for Camp Stabbiwaka
You rule Peter. There is really NOTHING I can say against this game. The horror came up really good and the music suited perfectly to the scenarios. Also the texts were long, but not boring. There is not much I can say. I'd give six stars, if I could.
(5)
Review for No mans land
I just LOVE this game! The writing is very well done, also the story. It reminds me of "All quiet on the western front", I guess you were inspired by this book.

Even though you said, that you don't want the game to be to long, maybe you can make another part? This would be awesome. 5/5
(5)
Review for Zombolocaust
This game is really good, I love how you use the graphics, it makes the whole thing more interesting (the sounds of course too). I'm really looking forward to the next part!
(5)
Review for Fatal Island Part 1
Very great game! I love how you write and the different endings. Also I liked the colors you used, they make it easier for me to read. And the best of all: There is going to be a second part. If it is going to be only half as good as this one, it'll deserve a 5/5 too. Very well done!
(5)