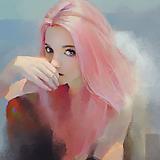 Review for Heroes!
Art is cute! The story choices and the actual playable aspect could use some work though.
(5)
Review for Olivia's Orphanorium
Very fun game, I've played it many times. Involves resource distribution.
(5)
Review for Basilica de Sangre
Hahaha this game had just the right combination of humor and puzzles. It wasn't overly hard but you do have to think about the solution. Lots of good text, especially enjoyed the creative font changes every time I possessed someone new.
(5)
Review for All Visitors Welcome
Absolutely love your games, they're one of the only things that genuinely make my skin crawl.
(5)
Review for Night House
This is a fantastic blend of creepiness and genuine emotion. The story was very, very well written. At the beginning it was the atmosphere that I found outstanding, the author crafted a very eerie setting (I was sincerely scared to go outside). At the end, I have to admit I got a little teary.
A very well done story.
(5)
Review for Victorian Detective
The drawings are so cute. Lots of good history info here too.
(5)
Review for Detectiveland
LOL this is so funny!!!
(5)
Review for EELTAIL
Wow! 10 minutes into the game, it's very creative!
(5)
Review for Zork
Good classic game! Well made!
(5)
Review for Blight of Elantria
I'm beginning to warm up to Craig Dutton's style, good and interesting puzzles.
(5)
Review for Dragon Quest
The character wasn't very well written as was the setting...
(3)
Review for The Witch's Apprentice
I like it! Very hard though, I still haven't finished it.
(5)
Review for Midnight hunt
The story and puzzles were well developed, but I didn't really like the style of writing. Characters could use development too.
(3)
Review for The Lost Princess
The puzzles were very simple and the plot was ok I guess but the main thing is that the game doesn't really let the player do much in between lines of text.
(3)
Review for Day Of Honor
Pretty well written, I like the style of the writing :D. Lots of details too.
(4)
Review for Death at Woodsbane
I haven't even finished the game yet but so far it's been great!
(5)
Review for HUNTING UNICORN
Simply fantastic!! The story is very detailed but also keeps the player in the dark.
(5)
Review for Expedition: Castaway
"Great game logic, Awesome story." There is hardly any plot or story, just a string of encounters. Explanations and descriptions are few. However, that could be made up for if there were decent puzzles but the encounters were very brief and not at all challenging.

And also, cheetahs don't live on islands. And they have been shown to have mild attitudes towards humans.
(1)
Review for Murder on the Hill
I liked the puzzles very much but some of the characters were a bit off. The detective (the player) wasn't a character at all and the scene where I arrested the murderer went a bit unrealistically. Also, the game had some unusual commands, and even if the player knew what to do, they didn't know which command they had to use. But overall, the use of objects was fantastic and there were a lot of tricky red herrings too :D.
(3)
Review for Lemon Simulator 2014
Lol this is awesome
(5)
Review for my father's long, long legs
Wow. This story was extremely well done and creepy.
(5)
Review for Torn City
Love it!!!

(5)
Review for Warrior Cats
It's on the right track but the writing was a bit choppy and some parts just appeared out of the blue.
(3)
Review for Reed's Great Escape
Eh...no thanks. The plot line is unrealistic, if it was that easy to escape why aren't we surrounded by criminals?
(2)
Review for Battle Scars (A Warrior Cats tale)
Eh, I didn't really like the writing. It isn't Warriors itself (I should know, I used to be a huge Warriors fan myself), but the author wrote everything as if at a distance.
(3)
Review for What Dragons Need
Fantastic game, detailed and very good! Make more!
(5)
Review for Whitefield Academy of Witchcraft
Very good!!
(5)
Review for Jacqueline, Jungle Queen!
Awesome game!!!
(5)