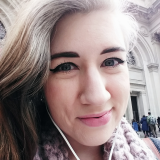 Review for The Legend of Robin Hood
fantastic game! you always make games with intricate stories and vibrant characters, but this one was especially fun. challenging but not terribly hard, and who doesn't love Robin Hood? logical puzzles, good length, and I like how the story progressed through time without feeling terribly disjointed or rushed. well done!
(5)
Review for Night of the Creeper
you are a deliciously evil writer, Craig. this one is super creepy (that doll at the end, omg) but I love all that supernatural stuff so I found it to be really fun. the hidden things threw me off at first, like how to gain entry to the belfry, which I was overthinking, of course. haunted mansions and prisons and asylums are some of my favorite things, so I loved the characters and story, and I like the touch with the tramp having been an asylum employee too. I often need the comments to progress through your games, but I think I'd be disappointed if your puzzles weren't as tricky as they are. the one thing I found cumbersome was the expansion of the "LOOK" command; I think using "LIFT" or just "LOOK BEHIND" would have sufficed, as there weren't too many times in the game were I had to use the other "LOOK" commands and it became a little tiring using them all upon discovering a new place/object to try to find the correct trigger for a clue. other than that, loved this one. well done as always.
(5)
Review for Alice and the Wishing Tree
this game is exquisite. you are such a talented writer! love how you captured the world and tone of Alice in Wonderland/Through the Looking Glass, down to how the characters speak and interact to the puzzles that are just the right amount of wacky. incredible world, good hints in the text, and just fun all around. and by now you must know how I feel about those damn item limits, but this time it wasn't all that difficult to work with. fantastic fantastic fantastic.
(5)
Review for A Pirate's Quest for Treasure
I LOVE THIS GAME. super fun layout with having to explore different islands and areas and complete tasks to gain treasures. I don't remember getting severely stuck at any one point, although I did use a few hints from the comments here and there. the characters are interesting and I love the stories you've created for them. very detailed and lots to do without being overwhelming or cumbersome. only annoying thing is the item limit. other than that this one is a blast!
(5)
Review for Island of the Magi
this was a fantastic, interesting, well-written and detailed game. I love the Magi portion of the story especially. I did resort to using the walkthru several times, as I never would have made those conclusions myself. once I got to the Elemental Tower and encountered the Magi I progressed pretty quickly through the second part of the game. my only true complaint is that there are so many dead ends. it's frustrating enough being lost or stuck and having all these items and not knowing what to do with them, but then after trial and error to be killed by something random (or to have done something irreversible to hinder progress through the remainder of the game, i.e., lighting the campfire) only adds to that frustration, and it's off-putting. I could do with less of that. otherwise, great game.
(5)
Review for Dragon
this is a good game, even if at times it's a little cumbersome; there's not much happening and the characters as well as the world are sort of one-dimensional. but I do love the little supernatural things you've incorporated. I did find myself using the walkthru a lot, and I think it's because there's just a lack of good hints given throughout in the text. while gameplay gets relatively linear if the right items are acquired, I don't necessarily think that it's all super logical, which creates frustration. the entire thing could have used a little more description and a little more writing, but that's mostly just what I prefer when playing TA games, so don't let my little opinion discourage you. as always your imagination has run wild in a very good way, and although I found it a bit difficult this time around, it ended up being pretty fun in the end.
(4)
Review for City of Blood
this game stands out among others I've played from you, Craig. first of all, you're a fantastic writer with a vivid imagination, and as always the characters are interesting and the world is brilliant. however, this time around the world was SO BIG and I had SO MANY items that I felt overwhelmed right from the start. I got through by thorough exploration and remembering that people/places/objects usually exist to be interacted with at some point in the game, so I tried to keep that in mind. but it was very difficult to remember where things were and I wandered around aimlessly several times trying to get somewhere. second, the puzzles were very good, and most of them relatively logical. but sometimes you give the player a little too much credit, I think. for example, I wouldn't have thought to use the crowbar on the placard without using the walkthru, and I would have (logically) given the copper necklace to the jeweler rather than the fisherman. so in those instances, I'm not sure how you expect us to work out the clues without even a hint written into the descriptions. trial and error isn't all that effective in a world with so many areas and characters.

while we're at it, the commands drove me CRAZY. if you're going to have such specific things to carry, pick up, etc, your commands need to accommodate for that by catching words and combinations of words that are close enough to what the task is. particularly when baking, this was extremely cumbersome. for example, "use flour with water" would have sufficed rather than typing out the entire thing.

also the puzzles are pretty basic. hmm, looks like keycard A probably fits into panel A. I'd like to have seen a bit more depth with that.

OK game. I like where it was headed, but then it ended, and I don't see a sequel anywhere. either follow through and make another game or make the first more complex from the get-go. sorry to say this is probably the least favorite that I've played so far on this site. lack of originality and generally kind of simple. it would probably be a good game for a beginner though.
(3)
Review for Moonstone Falls
I'm a big fan of your games, Craig, but I've just started playing and have gotten into this game a bit, and this item carry limit is making me insane. I never understood why these exist and I apologize if it was a requirement rather than a choice for the design of the game, but it's quite cumbersome and sort of off-putting when it comes to becoming immersed in the game play. I'll post a true review when I've finished!
(4)
Review for Murder on the Hill
I enjoyed this game a lot, from the back stories of all the characters to how I was able to question and interact with them, and how they had more to say after I'd found particular pieces of evidence. that is something new and exciting that I haven't really seen in other text adventure games. but I did find the game a bit troublesome at times, mostly due to the lack of hints or descriptions for things. for example (SPOILER), I'd have never known there are footprints to be examined in the greenhouse if I hadn't seen them mentioned in the comments, and then examined the pots, and the soil, and THEN the footprints. this seems like something that could have been alluded to a bit more in the game (i.e., "maybe Lord Mandrake's beloved Dahlias can offer a clue as to who could have done this" or whatever), as it is a CRUCIAL element to discovering who the murderer is. this happened in several other instances too, like with the towel and the sand. also I think the characters could have had a little more involvement with some of the items, and the rooms could have been a bit more interesting to explore. the commands were sometimes a bit too specific as well. I've played other text adventures where as long as your command was generally pretty close to what you're trying to do it will take. but overall it was a pretty fun game, and I really liked the story! also the red herrings were genius, and nearly threw me off several times! I'm glad I played and finished this one.
(3)