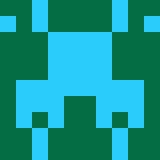 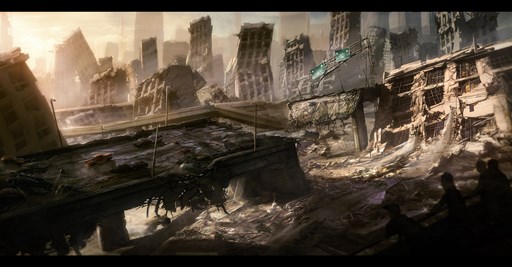 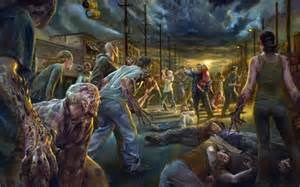 Review for Survive Part 2 - Action
Very well done game. It was written pretty well and your grammar was good throughout. It's shaping up to be a great story, and while this episode didn't have much action and was more about the characters, I think it was still a good episode, and the third part sounds like it will make up for the lack of action here. I'm looking forward to the next part.

Oh, by the way, you spelled Cane/Kane two ways. When he was talked about upon entering the base, you spelled it "Kane" and you spelled it "Cane" the rest of the time. Just thought you should know.
(5)
Review for The Farm House (On The Road Part 1)
Wow. That was a lot better than I had expected, especially because of many zombie games like this are sub-par. All of the characters were interesting and there's the potential for a very interesting story here. It was a little short, but I understand why as I've done the same thing for a game. But please continue this. It was a great, albeit short, game that is very, very promising. I, probably the rest of the players, and hopefully many future players greatly enjoyed this game. Keep up the good work.
(5)
Review for One Year Of Infection Part 1
It wasn't too bad. It had some grammar errors throughout though, and I didn't like that (SPOILER SPOILER SPOILER) if you helped the man, you died, but if you left him, you lived. This seems like it shouldn't have made a difference because the same events happen and you end up unconscious either way, but one kills you and the other doesn't. If you had given a reason for dying when you took the man, then it would be OK, but since you didn't, it hurts the game a little bit. Also, the game felt short, but it is in the Sandpit after all. This game shows promise, but needs a little bit of improvement for the future.
(4)
Review for The Walking Dead survivor: episode 2 God help us...
I felt that this part was not as good as the first part. First off, you used the word "quickly" far, far, far too much. Also I was a little confused by the story in this episode, and there were hardly any choices. There was also a dead end in the script if you hit the walker in your old house. It seemed like you might have forgotten the retry link there. Also, and this is likely part of the story, the boy from the end of the first game is never mentioned. If he had died or something like that in the time between games, you should have mentioned it. This wasn't too bad, but it's far from your best work. Still though, the series shows promise.
(3)
Review for Bitten by a werewolf
I felt the game was not very well written. There was very little description and I didn't know what was going on most of the time and the storyline didn't make much sense. There wasn't an explanation for much of it.
(2)
Review for Zombie Apocalypse: Part 1
Nice game. It was an interesting start, but it felt a little short to me. There were some grammatical errors and such as well. I also didn't like that if you (SPOILERS SPOILERS SPOILERS) check the rifle before you use it, it doesn't fire, but if you check it, it does. It also led you to only one possible ending, but I assume you did the same thing as me in my games, and did that so the next game picks up from the same place instead of multiple different beginnings. The game was described very well and the gruesome details helped it feel like an actually apocalypse. The environment was described well also. Good game and I look forward to the next installment.
(4)
Review for The Walking Dead survivor: episode 1 hope is far
Nice. Just some grammar errors that were the most noticeable. I felt like there should have been more choices but it would be hard to add them I suppose. Some choices made me stop to think for a while. Good job. I look forward to part 2 and the "Next Time on The Walking Dead" at the end was cool. Good work.

(4)
Review for The Harsh Future
The little bit that's available is fantastic. The only things I don't like are some spelling errors and it's short. But since I think it's not finished I can excuse that. I look forward to exploring the interesting world you've set up and to experience the story that promises to be good.
(5)
Review for The last of us part 2 chapter 2 silent ammo
Just to start, this wasn't bad. It had a lot of grammar errors, but once again, they didn't bother me much. Some of the fight scenes I think could have been written better and that would have made them much more intense. Over all though it is a good story that you're telling and I look forward to the next part.
(4)
Review for The Last of us part 2 Hells abound
This one was very good. It was good length wise and the battle with the Clickers really made me try to think strategically. My only issues are punctuation and grammar errors, and if you chose the bottle during the Clicker fight which caused you to die was kind of dumb. Other than that though a fantastic game and I'm really looking forward to future games.
(4)
Review for The Last of us
Not bad. There are some grammar error throughout, but that didn't bother me too much. I do think it should have been a little longer, and a retry system should have been added to the death screens. I think Ron's death should have been made more dramatic or sad given the grimness of The Last of Us. None the less, still good start and I look forward to the second part.
(3)
Review for Choices
Very good. It forces you into hard decisions and I found myself stopping to think what I wanted to do for a while. It was a little short but I am really looking forward to the next chapter.
(4)
Review for Qudoba (2.0)
The story was very interesting. My only complaint would be that some parts of it I think should have been described in more detail. Other than that it is a very good game.
(5)
Review for WAKE: Evolution Through Extinction
Played it online but I still really enjoyed it. The story is very interesting and it really made me want to continue playing. It is a just a demo currently, but it is also fantastic.
(5)