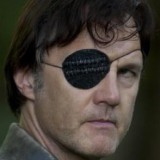 Review for The United States of Zombies!
I liked it for what it was. I was in the middle of getting back to this site and stumbled upon this. Let me tell you that I certainly enjoyed it.

There's not a lot of things I can say, I hope you make more of these later on in the future. I'm going to keep on replaying this game to see the different sides of it.
(5)
Review for The Walking Dead: The Story Of Catherine
I love all of these Walking Dead based games that are popping up, I've been working on a long project which is my own and I just can't get enough of these games. I like where this story is going, I hope in the future you make some more of these. Nice work.
(5)
Review for One Night at Freddy's
So I have different views of this text game, let's start with what I was expecting. I Love the game, "Five Nights at Freddys" and I was expecting that this game would be an excellent spinoff of it. But here's where the criticism takes place.

I love your idea of the game, how things are timed, how the anamatronics move, and etc. One thing I can't get over is when the game freezes in place, and I can't do anything. This happened after Foxy tried to get me, but I managed to scramble away. This also happened when I came back, and tried to do something after going left. The game started to get frustrating for me. I tried a third time, and this is when I started to get around the game more. I don't know if it's Google Chrome or just my coumpter, but I still like the game. After a fourth time, it finally worked! And happily, I died after going into a certain area of the building.

I like it.
(4)
Review for Karen Part 3
Breathtaking, amazing, inspiring adventure. Truly the entire Karen series was amazing, and you sir Magic Orange has tied it all together. Thank you for making this wonderful series, it's just so...so....I can't even put the words into my mouth. I can't wait until you make another masterpiece, maybe Monsters Chapter 3? Who knows. ;)

There's a few bugs in the game, anyway.
(5)
Review for Karen Part 2
God...I love this story. I can't believe I stopped playing it. After playing it again, it was just amazing. I'm going to enjoy playing the next part (seeing as it is out now). Good work sir.


R.I.P. Elijah
(5)
Review for Zombie Survival Story
It was kind of boring, yet it gave you that pre-apocalypse feeling which always brings the plot and all of the feels together. I like it, and I would suggest some changes (even though it is not complete) but good effort.
(3)
Review for The Walking Dead
It's an OK game. I just hope that there is more to the story you are willing to add. Not much to say, I've seen lots and played lots of zombie apocalyptic games.
(3)
Review for The Walking Dead: Episode 1: Into the Woods
I like it, I don't know whether or not there was music (running Google Chrome) but maybe you could add some in for dramatic effect? Anyway, great job!
(5)
Review for The Walking Dead
I've been waiting to play this game, and I loved it even more playing it! All of that waiting payed off, can't wait for episode two dude! :)
(5)
Review for Slender
Eh, it's not bad. This is coming from a guy who fell into a room called "Death". Good job
(4)
Review for Slender game
Worst. Slender. Game. I am being honest, worst i have seen and I am terribly sorry. The description is as demeaning as the entire game. Two whole pages I mean come on. You can't even pick up the shotgun, and not like the knife is going to do anything to a paranormal beast. When you try to own the dresser, you can't even get anything. The title of the page you start on tells you to get a key which you obviously can't access. Work more please.
(1)
Review for Slender Park!!
There is nothing such as a "slender park" but good job for trying, I guess.
(2)
Review for Hunt Of The Forest
This game isn't half bad, and when the wolf came I chose to run and it didn't tell me anything after that.
:/
(3)
Review for DUMB WAYS TO DIE
This game was the worst.
(1)
Review for Karen
Good job dude! I loved this game!
(5)
Review for Monsters: Apocalypse Chapter 2
I hope you continue this series, it's better than all of the other chapters! Good luck!
(5)
Review for Monsters: Apocalypse
I liked this one, it has a good story, more choices and awesome fighting stlye. One thing is for certain it needs more choices.
(5)
Review for Monsters
Not bad, I liked the choices.
(4)
Review for Survive Part 1 - Choices
5/5 Must play.
(5)
Review for Star Wars: Escape the Flagship
CONGRATULATIONS. YOU MADE THE BEST GAMEBOOK GAME EVER!!!

Seriously, this is trully amazing. This is great! So many choices, achievements! You have outdone yourself! An epic story! Good job!
(5)
Review for THE LAST OF US CHAPTER 2 PART 3: Beware the hunters PART 1
I liked it! Keep on making more of these and the more stars you get.
(5)
Review for SCP Foundation *Bye Dr. Shade*
The game continually runs into a script error if you click continue. The only way around it is if you play it not like a gamebook.
(3)
Review for SCP-079
Wasn't that great :/
(1)
Review for SCP Containment Breach
The game has potential, was never finished.
(3)
Review for "The Run" Season 1
The game is amazing, good choices and such. Hope you make season 2.
(5)
Review for The Walking Dead - Episode One
GOOD effort, but you need to think about going deep into it. Deep into the minds, think about it. Think about your character, and his background.
(3)
Review for The Walking Dead survivor: episode 2 God help us...
LOL. Funny, serious, and amazing at the same time. There was a biiiiiiiiiig cliff hanger at the end, but seriously you met Clementine :/ ?
(3)
Review for The Walking Dead survivor: episode 1 hope is far
The story is good! The grammar errors could use some work though...
(3)
Review for The last of us part 2 chapter 2 silent ammo
I like this chapter. Better then the first and second with sort-of original ideas. I hope you know that clickers aren't the only type of undead creature, there are stalkers and just normal ones that resurrect. I like the bit when the two men are arguing, "Did you just fuck me motherfucker?" XD Hahahaha. I love how you made a bigger game then last time, it feels great. That's why I'm giving you five stars, and if you keep the story up I keep the stars up.
(5)
Review for Rise of the Daleks Part 1
I like Dr.Who. This game was most enjoyable but it still has potential. Like the hacking device you never get to use and other items. This game could really be a lot longer! Good job though! The fighting was awesome! :D
(3)
Review for The Last of us part 2 Hells abound
Very good game, I like the idea of it. You are playing as Joel, same set up, same idea. I'm not sure what went on in the first game or if he met Ellie yet or not but I still like it. I wasn't too sure about the fight scheme with the clickers at first, because I thought the game was built on one over the other. It appeared fairly well, because whether you go to the tent or the car you are given even more options. I tested this after I ran into a bug by going to the tent, where if you kick the clicker it doesn't allow you to retry. Instead I refreshed my page. After the clickers came and I ran into Bill, it was pretty funny because he attempts to kill you, asks for your help, and in exchange there is a resort about THREE-HUNDRED miles away. And if you deny his offer (which makes the most sense) he kills you.
(4)
Review for Survive Part 2 - Action
I really liked the game, it reminded me of the Walking Dead where you had to examine things and gather items to get through the game. Especially in a Zombie Apocalypse, you should really continue this game, it has much potential. Good luck!
(4)