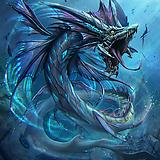 
Quest
Sea shine-Journey of the Blue: Explore the depths of the ocean


Quest
The life of a...HOUSE SPARROW!

Reviews by SilverStone the dragon

"Eaglekit, wake up!", your sister, Hawkkit, wakes you. Your mother, Falconflight, lies next to you and sleeps.
Literally. Nothing else.
(1)
Review for Warrior Cats (fan-fiction) Game
Good game, but just needs to be finished, as when I clicked fire clan nothing happened...
(4)
Review for the Story of Lion(based n the Warrior (Cats) series by Erin Hunter)
I don't want to be mean, but it's OK. Grammar might need a fix, and maybe a few bits in the story, since don't you think scourge would be guarded by many other blood clan cats? And even if he is good at sneaking up on others, he'd get scented or heard by sure since there's many cats in blood clan. Other than that, it's good :)
(3)
Review for Warrior cats game: Moonray clan part 1/3 { on hold, editing, sharing, and love always welcome though}
This game is very good, though you need to work on your paragraphs to make it more appealing to read, and making it shorter but with more choices. Overall, it's a really good warrior cat game, and probably took a lot of effort!
(4)
Review for Mother...!
FAR TOO SHORT. And the story is really bad. You die, nonetheless.
Honestly. Do better.
Sorry if I judged, but you have potential to do better!!!
(1)
Review for A wolf's life
Good, but you need better endings
(3)
Review for The path of Snowstorm/Snowsong
Good game!
I was actually working on a warrior cat game when I saw this and played it. It was actually very similar to mine! (I was going to do a cat with Snow in it's name, but changed it to Ash) it's okay, but maybe make it have more action, to hook the player. Overall, good job!
(4)
Review for The Circus of Horrors
I really like the work you put in!
This game is the best one you've made yet!
Well done!😉👍
(5)
Review for wings of fire
SERIOUSLY?!
?!
IT IS SO SHORT AND THE STORY IS INCREDIBLY BAD!!!!🙄
(1)
Review for Warrior Cats Life
It's OK, but seriously- a six moons time skip?! I expected it to be long. It's OK, but not as long as I thought, plus this game should be finished!
The description's nice, though.
(3)
Review for The Funeral
This game is sad...hopefully his uncle died peacefully. But:
With every meeting there is to be a parting
The glory and warmth of summer soon changes into the harsh and bitter winter
Every birth must have a death owed to it, as that's the way it works.
As we take one last flight into the heavens, we know what will come in this journey.
(4)
Review for Battle Camp
PLEASE FINISH! Overall good game, and I like the drawings! It's good you did them yourself
(3)
Review for Wandering and Shrinking (1.1.3)
It's OK, but if text adventures could be classified twice, I would say this is humor as well!
(4)
Review for The WORST Game (Alpha)
Yup, definitely work on spelling-no wonder it's a work-in-progress!
The only reason it's two stars is because of the pictures, which add some interest. And to be more scary, it's not just about the pictures-it's about the words...
(2)
Review for Snobby old lady simulator
This is quite a funny game, though a little bit rude😅
(4)
Review for life sim
?!
Maybe actually double-check your game before submitting it...?
(1)
Review for Battle Scars (A Warrior Cats tale)
This is a really good warrior cat game, but if you finish it then I'm definitely going to give it 5 stars!!!👍
(4)
Review for Birb
This isn't that short! This is a good game, and I like birbs (And birds!) It reminds me of a bird game I created...😉
(4)
Review for Citizen of Nowhere
This is game is well written!
(4)
Review for Kit-to-StarClan
Good for your first game!
(4)
Review for Warrior Cats ~ Love Simulator (She Version)
THIS IS DEFINITELY A WORK IN PROGRESS. But, seriously, you can't say a comment to another cat and then he like you suddenly! MAYBE you could read more of the books?!🙄
(2)
Review for ONE MAN ARMY
Really good game, but maybe make it a little longer. Please make another one!
(4)
Review for Into the Dragon's Den
WOW! The mini rhymes are SO GOOD. You probably worked hard on this game!!!😱
(4)
Review for Sara's Lunch
This is a hilarious game!
(4)
Review for who am I ? (part3) (the first texting game)
The pictures make it scary the most, but maybe work on the spelling...?👍
(3)
Review for Kidnappers island
A fun game. But please finish it! (Maybe in your next game) And fix spelling mistakes. Other than that, very good!👍
(4)
Review for Overnight Story
Interesting...
(4)
Review for Night is Falling
Love the freaky pictures! Really scary...I'm happy I took the stick😁
(4)
Review for Someone's Watching
OK, but you should finish the game.
(3)
Review for Banana: Episode II - Attack of the Clones
It's OK, not as good as the other banana game.
(3)
Review for Banana
This is a very funny game! I'm excited for the sequel!👍😄
(4)
Review for Zombies at School

So funny! I kept playing this game again and again to get different endings. So much fun!!!
(4)
Review for who am I ? (part2) (the first texting game)
Yay. I was waiting for part two! I'm excited for part 3!
(4)
Review for who am I ? (part1) (the first texting game)
It's okay-the pictures are basically the best part, but the spellings not really good...
(3)
Review for The Adventures of Spike
Umm...I think this is quite inappropriate, but funny at the start...The other game you made about bread was funny,though.
(2)
Review for Potato Sim 2019
Funny, but really short-only about five links you can press in the whole game. Seriously, you need to make it MUCH longer!!!
(2)
Review for Nothing Special. (fixed)
Whoa! The gifs made my mind go WHOOOO but seriously-this game is actually kinda fun! Play this if you don't mind gifs and like interesting games.
(4)
Review for Bread Quest
An interesting but actually entertaining-who knew a text adventure about bread could be fun? Very interesting indeed...

(4)
Review for The Ultimate Adventures of Brock Bama
This really belongs in Comedy! This is a real funny game, too.
(4)
Review for Scared Yet?
UMMM...Too short. I want to give you a good review, though as I love dragons. This is just a small quiz. Then a picture. Then that's it.
(2)
Review for Santa Rescue
Super short! I agree with the other reviews that say this. And...I agree this is not really for small children!
(1)
Review for Where is Hammy?
This is a fun game! I like the hamster's name-Hammy is hilarious! Maybe make it a bit longer? You should make more funny Hammy games!
(4)
Review for Warriors cats (Kit version)
Really good game! It's as if Erin Hunter wrote it! Well done!!!
(4)
Review for Break Into Your House
All you can do is move a few times and you can only take a mailbox key. You can't even use it! I think you should make it more fun...and fix the mailbox key!!!
(1)
Review for This One Elf Guy Goes on a Quest or Something
Haha. This IS a good comedy game. Give yourself a pat on the back-this game is really fun.
(4)
Review for Analiza
Really-this is only good for people who know how to read polish! I don't know how to speak polish. All of the text is in polish!!!
(1)
Review for Twisted Tales: The Crimson Path
This was SUPER cool and exciting! Want to play it again and again! It's just sad when I died playing with the friendly dog and falling into the icy cold water! But still, give yourself a pat on your pat! Good job!
(4)
Review for Escape from the Forbidden City
It's OK but a little...well...BORING! Maybe make it more exciting?!
(3)
Review for WARRIOR CATS BECOME LEADER PART 1 ( i'm new don't judge )
I'm sorry, I don't usually give bad reviews, but seriously?! The spelling! And it's just a page of stuff. You can't do anything, apart from read, and it's only one page long! We don't expect a game to end so quickly!!!
(1)
Review for Choice of the Dragon
I LOVE DRAGONS. AND I PLAY THIS GAME ALL THE TIME. I LOVE THE GAME. IF YOUR READING THIS, THEN PLEASE PLAY THE GAME. IT IS SUPER FUN AND IS ONE OF THE BEST TEXT ADVENTURE GAMES XD.
(5)